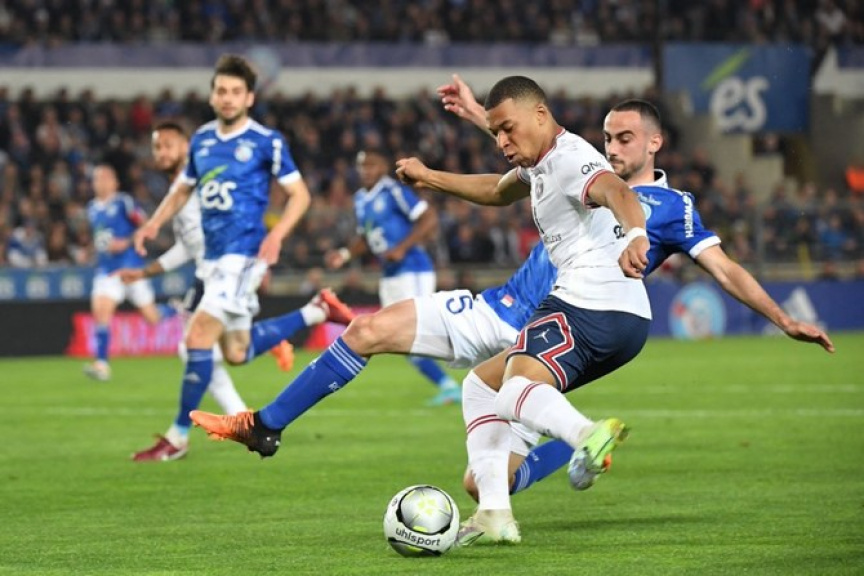 STRASBOURG, France (AP) — Kylian Mbappe notched two goals and an assist but Paris Saint-Germain still felt the hangover from a record-tying 10th French league title as it blew a two-goal lead to draw with Strasbourg 3-3 on Friday.

“We are not relaxing, the season is not over,” PSG coach Mauricio Pochettino said. “We have the desire to play until the end of the season.”

“We first played to secure safety, then we played to finish in the top 10, and now we have the chance to maybe get a European spot,” Strasbourg’s Anthony Caci said.

Kevin Gameiro scored against his former team to put Strasbourg ahead in the third minute. The veteran forward outpaced Presnel Kimpembe to chase a long ball from Lucas Perrin before shooting past Gianluigi Donnarumma from a tight angle.

The hosts nearly doubled the lead in the 10th, but Adrien Thomasson’s goal was disallowed for a marginal offside from Ludovic Ajorque in the buildup.

PSG capitalized on a fast break in the 23rd to level with its first chance. Neymar played Mbappe clean through on goal and the France striker slipped the ball between the legs of goalkeeper Matz Sels.

Neymar was the architect of the second Parisian goal in the 64th, finding Mbappe, who notched his league-leading 15th assist by setting up Morocco international Achraf Hakimi for a tap-in.

Mbappe made it 3-1 in the 68th by pouncing on a sloppy back pass from Alexander Djiku to beat Sels for his league-leading 24th goal.

Strasbourg pulled one back in the 75th when Marco Verratti diverted into his own net a header from Habib Diallo off a corner.

Sels kept Strasbourg in the game by parrying a powerful strike from Lionel Messi in the 89th.

Strasbourg substitute Caci equalized in the second minute of stoppage time by volleying home a cross from Dimitri Lienard.