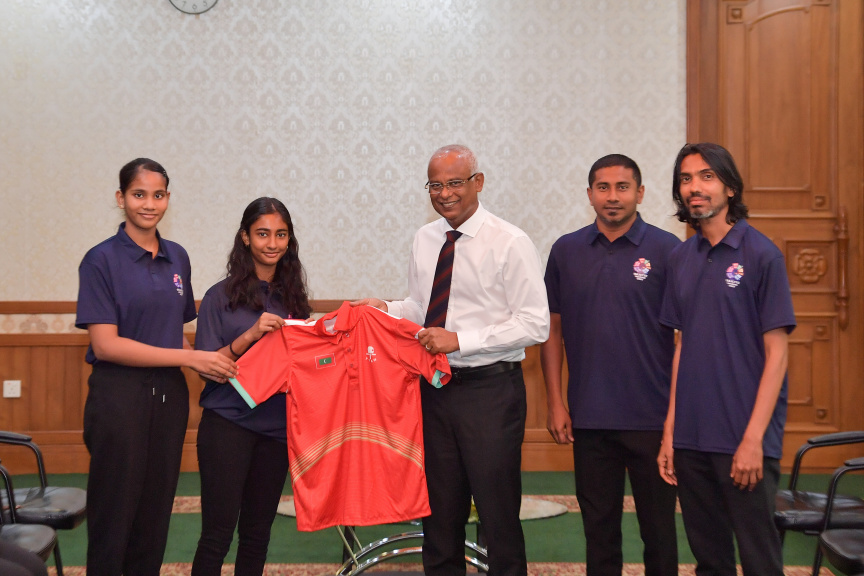 President Ibrahim Mohamed Solih, on Thursday, met with national men’s and women’s table tennis teams that are set to compete in the ‘South Asian Junior and Cadet Table Tennis Championship 2022’.

During this meeting which was held at the President’s Office, President Solih encouraged both teams to perform well and wished them success in the tournament.

Noting that table tennis could be developed further as a competitive sport in the country – President Solih pledged the administration’s support in this trajectory.

Team members had presented the President with a team jersey at the meeting.

‘South Asian Junior and Cadet Table Tennis Championship 2022’ will be held in Maldives from May 9 to May 12. Apart from Maldives, athletes from Sri Lanka, Bhutan, Nepal, Bangladesh, India, and Pakistan would compete in the championship.

Four-hour vehicle ban to be observed in Male’ on Eid