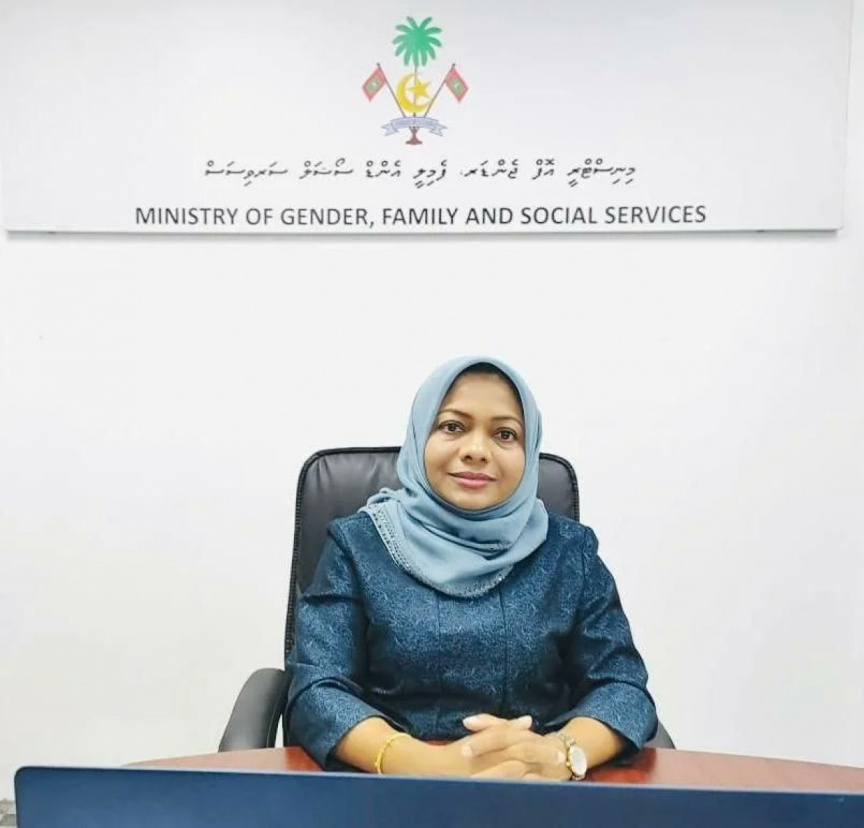 State Minister for the Ministry of Gender, Family and Social Services Zifleena Hassan has stated that women played a major role on the front lines in combatting the ongoing Covid-19 pandemic.

She made the remarks while speaking at a meeting of the Commonwealth Women’s Affairs Ministers Action Group.

During the meeting, she highlighted the disproportionate effects of Covid-19 on women and mitigation measures taken by the government.

Zifleen highlighted that under the government covid mechanisms, two of the focal points, the Health Protection Agency and Health Emergency Operations Center were led by women. She also noted that a larger portion of the health sector that lifted the biggest burdens due to the pandemic consists of women.

Speaking further into the ministerial dialogue surrounding gender equality, she said that just as in any other country, women in Maldives were negatively impacted due to Covid. She stated that with the lockdown and ways of earning shutting down, many women were subjected to domestic abuse.

However, after the lockdown, the number of domestic abuse cases reported saw an increase as well, she added.

Zifleen spoke regarding the measures taken by the Gender Ministry such as allocating a specific hotline to report domestic abuse, as well as launching a campaign aimed at spreading awareness under the name “Geveshi Gulhun”.

While many women earn through different means independently, Zifleen stated that due to Covid, these women faced a lot of obstacles. She further highlighted that the number of documents needed to be submitted in order to get income support for them was reduced to make it easier for them.