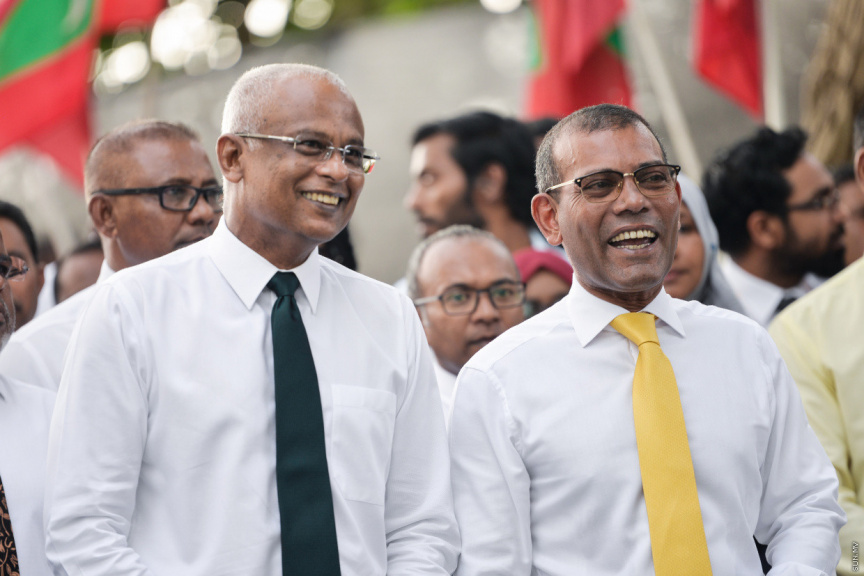 Leader of the main ruling party, Maldivian Democratic Party (MDP) said on Saturday that the party should leave the coalition government.

Former president Mohamed Nasheed, in a message to a MDP national council group on Whatsapp on Saturday night, said the government was “drowning”.

He said that the best course of action for MDP was not to drown alongside “the drowning government.”

“The best course of action at present for this party is not to drown with the drowning government. Since the government isn’t an MDP government alone, what MDP members want and this party’s pledges remain unfulfilled,” he said.

Nasheed has become increasingly vocal of his criticism against government policies as the MDP vote to elect a new chairperson approaches.

He also recently said the government did not have enough support to win reelection next year.

Nasheed said that though the government may be under the illusion it enjoyed huge support, the government had made too many mistakes to secure that much support.

“I believe it will be hard to get over 50 percent [of votes]. Too many mistakes have been made," he said.

How important is it to stay hydrated for your kidneys?