Minister Imran: Will improve conditions of prisons before term’s end 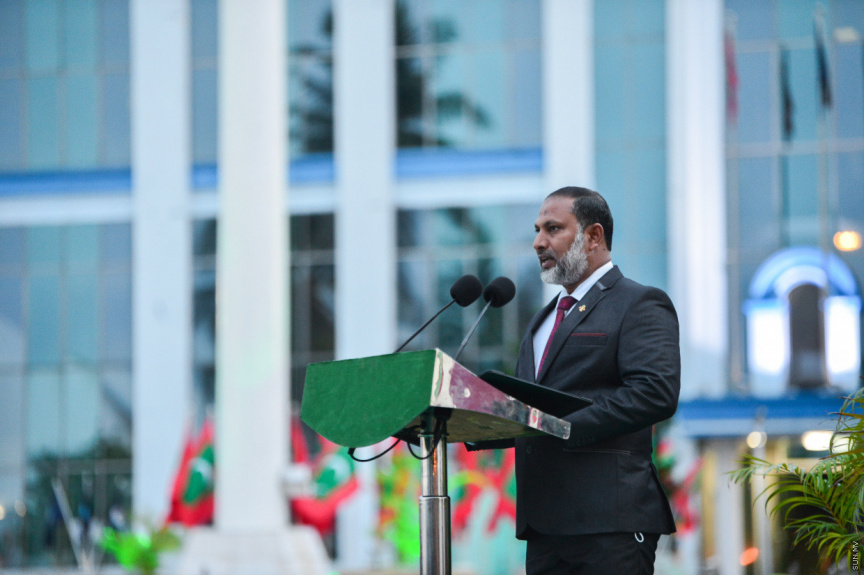 Home Minister Imran Abdulla has stated that the conditions of prisons will be improved before the end of this term.

Speaking at the oath taking ceremony of newly graduated prison officers following the completion of the basic training program – Minister Imran said that when President Ibrahim Mohamed Solih had assumed presidency, there was a muddy vision that had been engraved in the hearts of Maldivian citizens since a long time back which the government is trying to change.

Stressing that the difficulties faced by detainees is a national issue which needs addressing – he said that the current administration was working on making the arrangements in a manner that it conforms with basic human dignity.

“I completely believe that the current administration has done more work in this trajectory than any previous administrations. It is due to this fact that a prison audit was carried out followed by comprehensive report during the earlier days of this administration,” he had said.

Minister Imran said that Corrections have improved on many of the issues underscored in the audit report and is working on improving what is remaining.

Speaking further, he highlighted that many of the prisons currently established in the Maldives had been used for other purposes previously which has posed many subsequent difficulties.

“For example a fish storage. A coconut storage. We can feel the difficulties and the burden of having to accommodate prisoners in such places,” he stated.

Noting that only few of the buildings established at prisons had been built for solely for that purpose – he stressed that these facilities being such low quality which fail to conform to basic human rights and dignity is the reality witnessed.

“We will completely change this reality before the end of this term,” he added.

'Muslim Ummah must stand up in defense of Al-Aqsa'