Leipzig unbeaten in 7 games; Reyna to miss rest of season 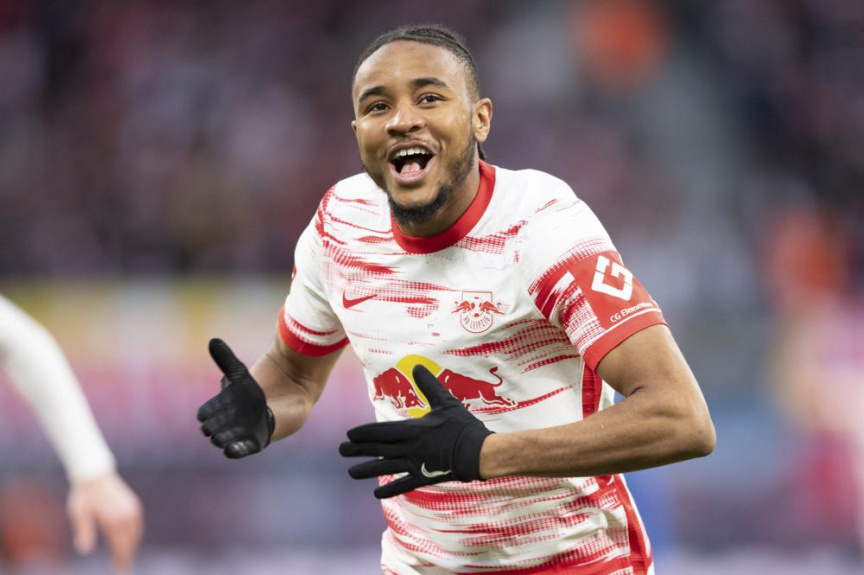 BERLIN (AP) — In-form Leipzig continued its impressive run with a 3-0 win over Hoffenheim in the Bundesliga on Sunday.

Leipzig had the match all but won by halftime following goals from Christopher Nkunku, Marcel Halstenberg and Dominik Szoboszlai.

It remained fourth, three points ahead of Freiburg in an enthralling tussle for the final Champions League spot. Sixth-place Hoffenheim was seven points below Leipzig.

Leipzig has become one of the league’s in-form teams since Domenico Tedesco took over from Jesse Marsch as coach in December. Tedesco’s side enjoyed a 4-1 win at Borussia Dortmund last weekend and is unbeaten in seven games since its narrow loss at Bayern Munich in February.

Leipzig got off to the best possible start against Hoffenheim as Szoboszlai whipped in a free kick and Nkunku fired his side in front with around five minutes on the clock.

Halstenberg doubled Leipzig’s lead in the 20th following an assist from Konrad Laimer.

Nkunku returned the favor for Szoboszlai on the stroke of halftime as he headed on a cross for his teammate to wrap up the three points.

Freiburg found it tougher going at Eintracht Frankfurt but managed to carve out a 2-1 win.

Vincenzo Grifo fired Freiburg in front in the 27th minute but Filip Kostić leveled shortly after halftime as he finished off a through ball from Jens Petter Hauge.

However, Nils Petersen headed home what was to prove the winner in the 69th.

Frankfurt thought it had equalized four minutes from time but Daichi Kamada’s effort was ruled out on video review for offside.

Third-place Bayer Leverkusen is only a point above Leipzig after missing a penalty in a 0-0 draw at Bochum.

Leverkusen seemed set to break the deadlock in the 65th minute when it was awarded a penalty after Eduard Loewen tripped Paulinho but Moussa Diaby failed to convert the spot kick.

American midfielder Gio Reyna will miss the rest of the Bundesliga season.

The 19-year-old sustained a muscle and tendon injury just after kickoff of Borussia Dortmund’s game against Stuttgart on Friday night, and he left the field in tears.

Dortmund said Sunday that Reyna will not play during the rest of the season, which ends on May 15. The 2022-23 season starts Aug. 5.

Napoli loses to Fiorentina in blow to Serie A title bid