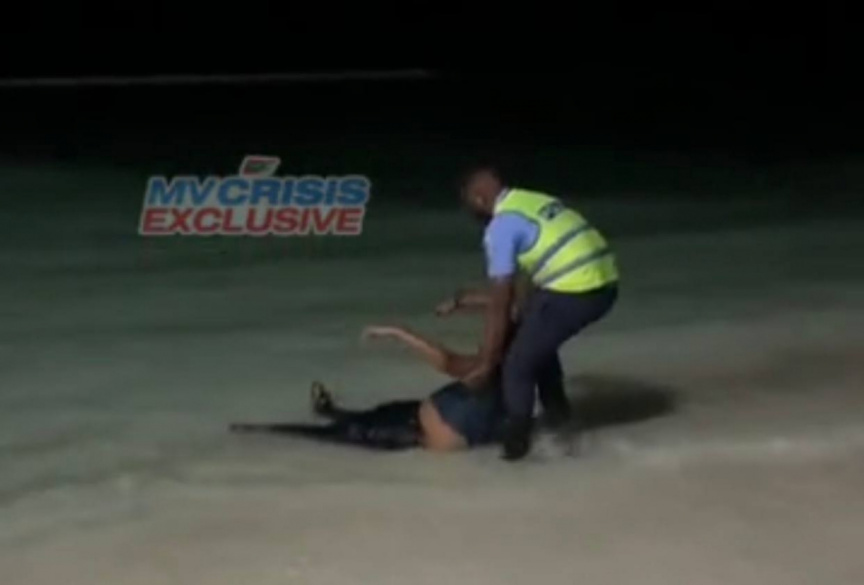 Screen grab from the video of police rescuing a man found unconsciousness in the Hulhumale' beach on April 5, 2022. (Photo/MVR Crisis)

The young man who was found unconscious in the shallow waters off Hulhumale’ on early Tuesday has been discharged from the hospital after treatment.

The man was found in the waters near the Hulhumale’ Swimming Track after midnight.

He was carried to land by police officers.

A video of the incident shows the man unresponsive as police officers tap on his face.

A police spokesperson said the man was discharged from the hospital after treatment, and was handed over to the care of his family.

Police have not disclosed details.

Select roads in Hulhumale’ to be closed for run