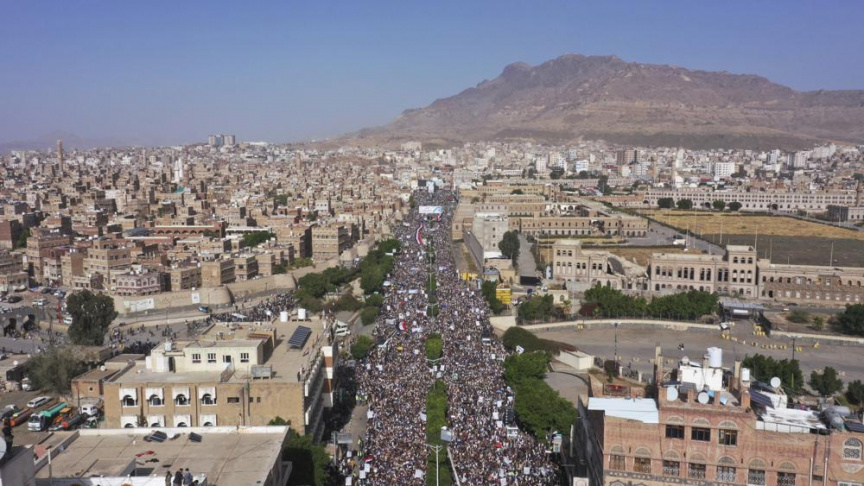 DUBAI, United Arab Emirates (AP) — A Saudi-led coalition battling rebels who hold Yemen’s capital began a unilateral cease-fire Wednesday in the yearslong war, even as the insurgents said they rejected the proposal.

The Saudi-proposed pause in fighting began at 6 a.m. ahead of the holy Muslim fasting month of Ramadan. Several similar efforts have failed, and there was no immediate independent confirmation on whether hostilities paused between Saudi-led forces and Yemen’s Houthi rebels.

The cease-fire announcement late Tuesday had raised immediate doubts because the Iran-backed rebels are skipping an ongoing summit over the war in Saudi Arabia, called by the Saudi-based Gulf Cooperation Council, because it’s taking place on their adversary’s territory.

Within hours, Houthi official Mohammed al-Bukaiti rejected the offer over the continuing closure of Sanaa’s airport and restrictions on the country’s ports by the Saudi-led coalition.

“If the blockade is not lifted, the declaration of the coalition of aggression to stop its military operations will be meaningless because the suffering of Yemenis as a result of the blockade is more severe than the war itself,” he wrote on Twitter early Wednesday.

The United Nations and others had been pushing the warring sides to reach a truce for Ramadan, as has tenuously occurred in the past. Ramadan is likely to start this weekend, depending on the sighting of the new crescent moon.

The GCC, whose members are Bahrain, Kuwait, Oman, Qatar, Saudi Arabia and the United Arab Emirates, began the talks Tuesday in Riyadh. The summit is expected to continue through April 7.

Yemen’s war began in September 2014, when the Houthis swept into the capital, Sanaa, from their northwestern stronghold in the Arab world’s poorest country. The Houthis then pushed into exile the government of President Abed Rabbo Mansour Hadi, elected in 2012 as the sole candidate after the long rule of Ali Abdullah Saleh.

A Saudi-led coalition, including the UAE, entered the war in March 2015 to try and restore Hadi’s government to power. But the war stretched into long bloody years, pushing Yemen to the brink of famine.

More than 150,000 people have been killed in the warfare, according to the Armed Conflict Location and Event Data Project. Those include both fighters and civilians; the most recent figure for the civilian death toll in Yemen’s conflict stands at 14,500.

Saudi airstrikes have killed hundreds of civilians. The Houthis have used child soldiers and indiscriminately laid landmines across the country.

Relief for Kyiv? Russia vows to scale back near capital