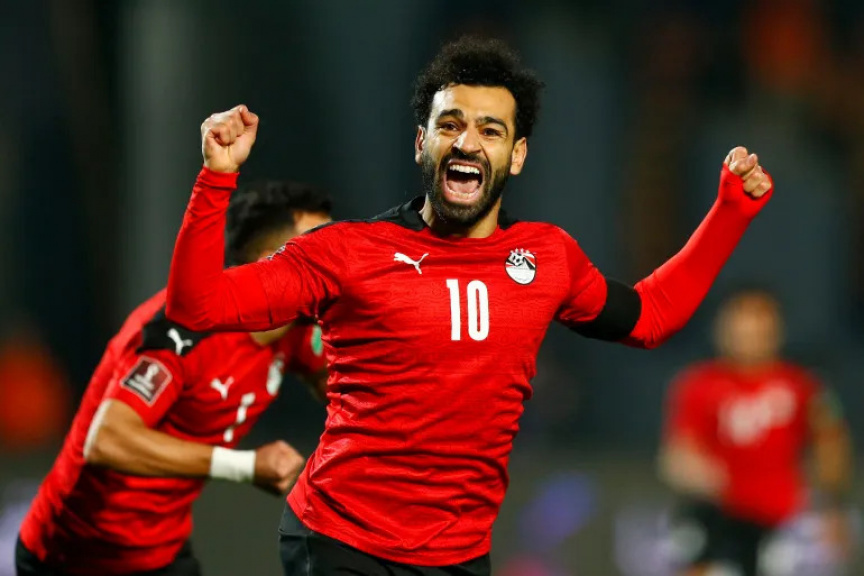 Egypt's Salah turned inside the box and slammed the ball against the crossbar with the rebound hitting Senegal defender Saliou Ciss and rolling into the net. (Photo/Amr Abdallah Dalsh/Reuters)

CAPE TOWN, South Africa (AP) — Mohamed Salah had his say this time as Egypt beat Sadio Mané’s Senegal 1-0 in the first leg of their World Cup playoff on Friday.

Salah’s early shot in Cairo cannoned off the crossbar, hit Senegal defender Saliou Ciss and went in to give Egypt a slim advantage over the newly crowned African champion to take to the second leg in Senegal on Tuesday.

The Salah-Mané international rivalry continued six weeks after the Liverpool teammates met in the final of the African Cup of Nations in Cameroon. Then, Mané hit the winning penalty in a shootout to give Senegal its first major title as Salah watched on helpless.

Egypt started the playoff at breakneck speed at Cairo International Stadium and the own goal from Ciss came in the fourth minute. Salah sprinted away after it went in and was mobbed in celebration by just about every player from the Egypt bench.

There was redemption of sorts for Algeria, too.

The Algerians returned to the same stadium where they were dumped out of the African Cup in the group stage as defending champion to clinch a crucial 1-0 away win over Cameroon in the first leg of their playoff.

Striker Islam Slimani scored with a header in the first half at Japoma Stadium in Douala, justifying his promotion to the starting lineup. Cameroon goalkeeper André Onana got a hand to the header but pushed it only onto the crossbar and watched the ball drop into the goal behind him.

Cameroon was playing its first game under new coach and former national captain Rigobert Song, who was brought in to replace Toni Conceicao despite Conceicao leading Cameroon to a fairly impressive third place at the African Cup.

The debut didn’t go according to plan for Song, and Cameroon must come from behind in the second leg in Blida to reach the World Cup in Qatar and extend its African record to eight World Cup appearances. Algeria hardly ever loses at home.

The playoffs will decide the five African teams to play at the World Cup in Qatar and could erase those painful African Cup memories for Egypt and Algeria.

Tunisia claimed a crucial 1-0 away win over Mali in scorching hot Bamako to give it the advantage in their tie.

That victory came largely thanks to a dire personal performance from Mali defender Moussa Sissako, who gave Tunisia its winner with a calamitous own goal in the 36th minute. Sissako’s attempted pass back was nowhere near goalkeeper Ibrahim Mounkoro and bounced over the goal-line as Sissako watched his error with hands on head.

Sissako then made Mali’s task almost impossible when he was sent off four minutes later.

Morocco’s 1-1 draw in Congo made it a strong night for the North African challengers, although it would have been even better for the Moroccans if Ryan Mmaee hadn’t fired a second-half penalty way over the crossbar.

Tarik Tissoudali ultimately equalized for Morocco with a fierce first-time shot after forward Yoane Wissa scored an early opener for Congo, which is trying to qualify for the World Cup for the first time since its only previous appearance as Zaire in 1974.

Defender Ngonda Muzinga was sent off for Congo late in the game.

Ghana and Nigeria drew 0-0 in Ghana.

The second legs are all on Tuesday.