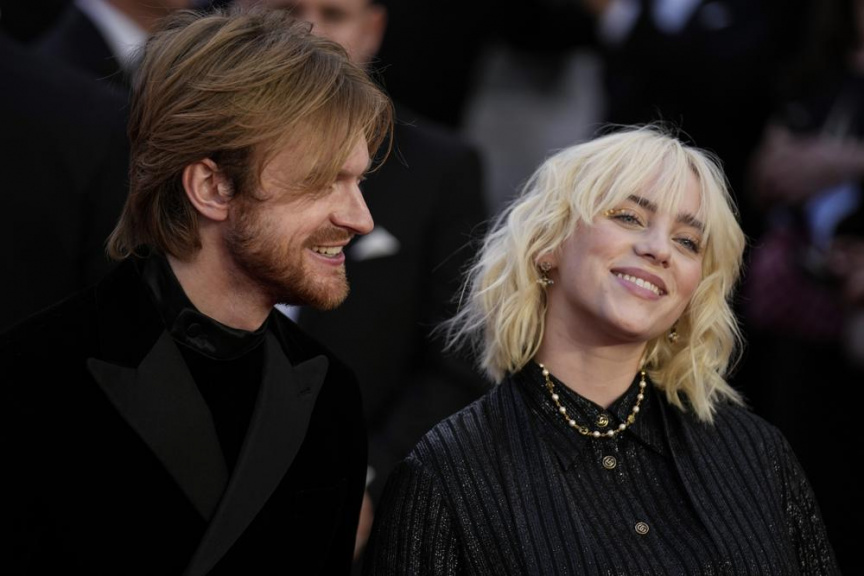 Finneas O'Connell, left, and Billie Eilish poses for photographers upon arrival for the World premiere of the new film from the James Bond franchise "No Time To Die," in London, on Sept. 28, 2021. (AP Photo/Matt Dunham, File)

Beyoncé will perform her nominated song “Be Alive” from “King Richard,” and Eilish and her brother and co-writer Finneas will perform “No Time To Die” from the James Bond film of the same name.

Reba McEntire will sing writer Diane Warren’s “Somehow You Do” from the film “Four Good Days.”

Van Morrison, who wrote and sings the nominated song “Down to Joy” from “Belfast,” will not be able to make the show because of his touring schedule. The song will not be performed.

The original song Academy Award goes to the songwriter, not the artist who performs it, and whoever wins this year will get their first Oscar.

That includes Beyoncé, a 28-time Grammy winner, who co-wrote “Be Alive” with Dixson.

Warren was nominated this year for the 13th time, but is still seeking her first win.

Miranda will join the elite “EGOT” club of winners of an Emmy, Grammy, Oscar and Tony should “Dos Oruguitas” win. The song was tapped as the Oscar submission from “Encanto” before another Miranda-penned song from the Disney movie, “We Don’t Talk About Bruno,” became a runaway hit.

The Oscars are returning to Hollywood’s Dolby Theatre after the pandemic sent the show to Union Station for a smaller, more intimate ceremony last year.