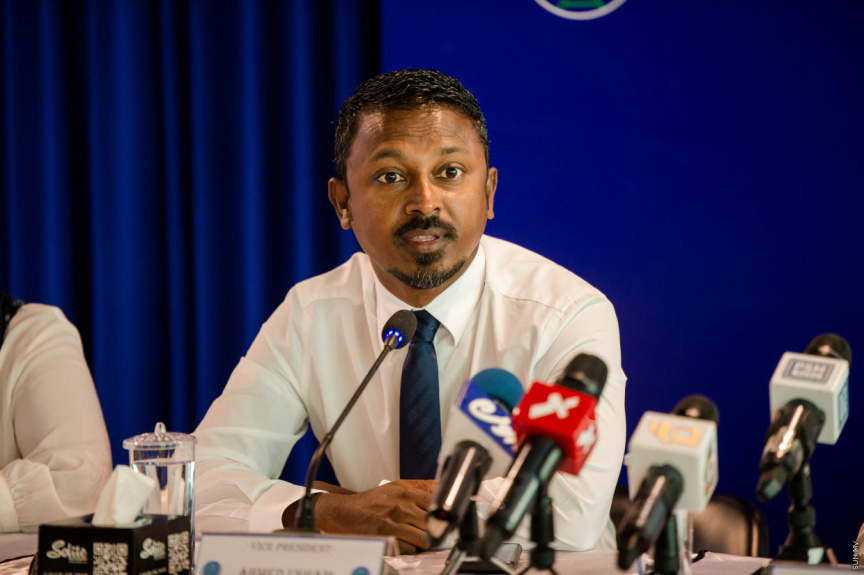 Vilimale’ MP, former Deputy Attorney General Ahmed Usham has stated that the Asset Recovery Commission was dissolved by President Ibrahim Mohamed Solih as he was guaranteed no constructive results can be achieved from it.

Commenting on the dissolvement of the Asset Recovery Commission by President Solih – Usham said that the Commission has failed to produce any results within the past three years.

“Cannot see anything that has been done by the Commission within the past three years. Just a huge expenditure wasted on it,” he had said.

Usham stressed that the formation of an Asset Recovery Commission was an electoral pledge of President Solih. He underscored that although the Commission for constituted according to the pledge – it has failed to produce the anticipated results.

Speaking further, he said that this is not only the fault of the Commission’s members. On this note, he detailed that the current administration has failed properly carry out any work in the line of investigating corruption cases.

He added that a lack of priority given to probes of corruption cases within the past three years of this government cannot be redeemed within the remaining years.

“Along with this year, there is only one more year left. Seeing how things have unfolded, my heart does not believe the current administration will be able to probe corruptions cases,’ Usham had said.

The Corruption and Asset Recovery Commission was established under presidential decree on November 17, 2018, in one of President Solih’s first acts of office.

The presidential commission was charged with investigating acts of corruption and misuse of public assets and funds which took place between January 1, 2012 and November 17, 2018.