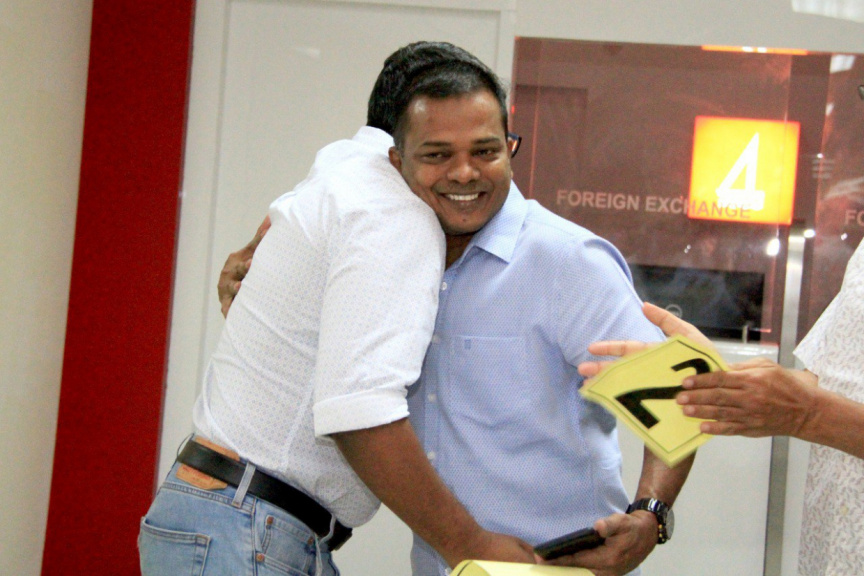 Addu City Mayor Ali Nizar has announced his support for Economic Minister Fayyaz Ismail for the position of MDP’s chairperson, stating that he believes Fayyaz has the support of President Ibrahim Mohamed Solih himself.

As both Fayyaz and Inthi conduct door-to-door campaigns in Addu to gather support, the city’s mayor has announced his support for Fayyaz.

Nizar told Sun on Sunday afternoon that as Addu City’s Mayor, some of the decisions he needed to make were decisions he made to protect the interests of the people of Addu.

He said that he decided to back Fayyaz to promote the interests of the people of Addu.

Nizar said that Fayyaz was one of the government officials who played a leading role in deciding on and managing development projects in Addu.

“Fayyaz is the official I communicate most closely with in matters of development of Addu. And he is also the person who makes the best suggestions. Therefore, I made the decision to support Fayyaz based on all this. I certainly need to maintain good relations with the government. I believe that Fayyaz also has President Solih’s support,” he said.

Nizar said that working with the government would be of most benefit to the people of Addu.

Nizar also said that the changes in the Maldivian political landscape must also be reflected in the leadership of MDP.

“The party needs to be injected with new ideas, new policies, and new faces. That’s not how the Maldivian political arena is. So with these changes, we also need to change this party and our policies,” he said.

“We also want people who can run and who will run this party well for the upcoming presidential elections.”

Nizar said that Fayyaz was one of the best officials in MDP leadership, and had played a crucial role in getting President Solih elected in 2018.

Noting that they had also worked together at the Parliament, Nizar described Fayyaz as someone who was brave and uncompromising, and knew how to lead.

“He did a lot of work with us. And he also took the lead with us at the hardest of times during the 18th parliamentary assembly. He also had to go to jail as a result. Looking at that, Fayyaz is a brave and accomplished leader,” he said.

Students in Russia headed back to Maldives