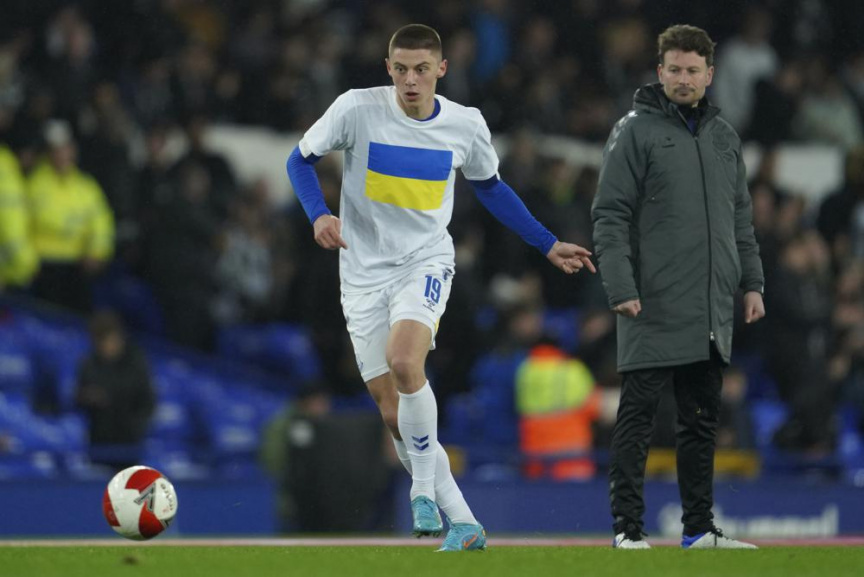 ZURICH (AP) — Ukraine wants to postpone its World Cup qualifying playoff against Scotland, FIFA said Thursday, amid a shutdown in domestic soccer during the invasion by Russia.

“FIFA can confirm it has received a request from the Ukrainian Association of Football today to postpone their matches scheduled for March,” world soccer’s governing body said.

Ukraine is set to play Scotland in Glasgow on March 24, with the winner then taking on either Wales or Austria five days later for a place at this year’s World Cup in Qatar.

A large part of Ukraine’s team is typically made up of players playing for domestic clubs such as Dynamo Kyiv and Shakhtar Donetsk. They have been disrupted by the national league stopping last week and many players who are not from Ukraine left the country to seek safety.

FIFA said it was in talks with Scottish officials and European soccer body UEFA “to find an appropriate solution. FIFA expresses its deepest solidarity to everybody affected by what is happening in Ukraine.”

One option would be to postpone the games in the four-team playoff bracket until the next national-team match dates in June. The global World Cup qualifying program has already seen several delays because of the COVID-19 pandemic.

The draw for the tournament is scheduled for April 1 in Doha, but at least two of the 32 entries will not be known by that date.

The final two places are set to be decided in June when four teams – from Asia, North or Central America, South America and Oceania – go to Qatar for the intercontinental playoffs.

Ukraine has qualified for the World Cup only once since becoming an independent soccer nation 30 years ago, reaching the quarterfinals in 2006. Ukraine also reached the quarterfinals at the European Championship last year.

Russia was also set to take part in the World Cup playoffs and is challenging a FIFA decision to suspend the country from international soccer.