All Maldivians in Ukraine safely evacuated out of the country 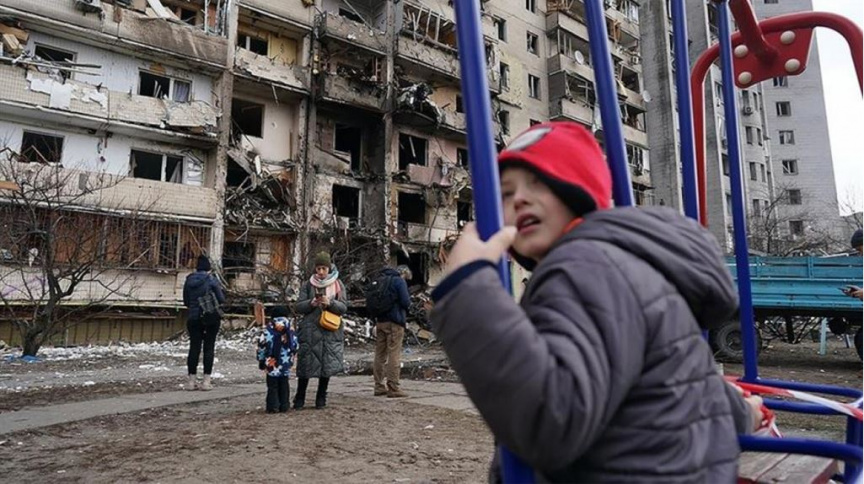 People gathered outside of a building damaged by attacks in Ukraine. (Photo/The Asia Live)

Foreign Ministry, on Thursday, has stated that all Maldivians who got stuck in Ukraine amidst the war, have been safely evacuated out of the country to other countries.

Foreign Ministry said that the remaining nine locals who were stuck in Ukraine, have been safely evacuated to Hungary with assistance from the Maldivian government.

The nine locals include five students studying at Kharkiv, a three-member local family living at Kharkiv and one student from Dnipro.

The nine of them had crossed the Hungarian border sometime late last night, arriving at the country safely. Foreign Ministry said that the government had arranged their visas and other necessities prior to their arrival at Hungary.

Foreign Minister Abdulla Shahid had contacted Hungary’s Foreign Minister Péter Szijjártó and also met him at New York, during which a request was made to facilitate the easy entrance of Maldivian students to Hungary.

Foreign Ministry said that upon their arrival to Hungary, the nine locals were transported to the country’s capital Budapest, by a team from the Ministry. The Ministry added that they a scheduled to depart of Male’ tomorrow.

Minister Shahid, in a tweet, applauded local students for their incredible resilience and maturity shown through this crisis. Foreign Ministry said that when local students were stuck at Kharkiv, Minister Shahid had called them personally to enquire about their wellbeing and give them hope.

Foreign Minister recently informed local students in Russia and Belarus of the government’s decision to provide financial assistance to those who wished to return to Maldives.

The students are currently discussing with their respective universities regarding holding classes online till the war situation eases.