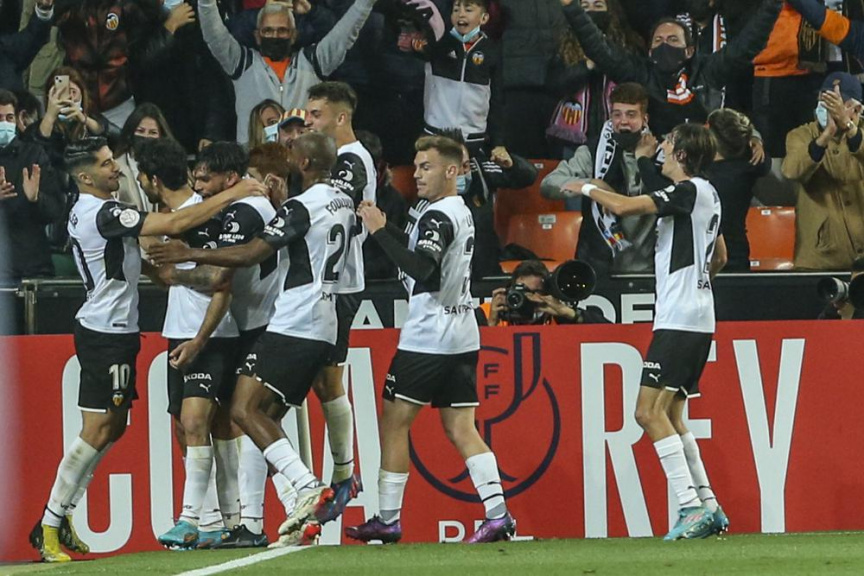 MADRID (AP) — Valencia prevented Athletic Bilbao from reaching its third straight Copa del Rey final with a 1-0 win in the second leg of the semifinals on Wednesday.

Gonçalo Guedes scored in the first half as Valencia advanced 2-1 on aggregate to reach its second Copa final in four seasons after winning its eighth title in 2019.

The other semifinal will be played on Thursday between Real Betis and Rayo Vallecano in Sevilla. Betis won the first leg 2-1.

Valencia was in control during most of the match and created the better scoring chances as Athletic struggled to impose its game even after going down a goal.

Spain defender José Luis Gayà started for Valencia after he had been listed as doubtful because of a muscle injury, but had to be substituted in the first half.

Current Athletic coach Marcelino García Toral was Valencia’s manager when it won the title three years ago in a final against Barcelona.

Athletic lost the 2020 final to Basque Country rival Real Sociedad and the 2021 final to Barcelona. It had eliminated both Real Madrid and Barcelona on its way to this season’s semifinals.

Guedes scored the winner at Mestalla Stadium with a well-placed long-range shot in the 43rd minute.

The Copa final will be played on April 23 in Seville.

Real Sociedad won 2-0 at Mallorca in a league match postponed from the 21st round.

David Silva and Mikel Merino scored a goal in each half to help Sociedad move into sixth place after 26 matches. It sits one point behind fourth-place Barcelona in the final Champions League qualification place, though the Catalan club has a game in hand.

It was the third win in a row in all competitions for Sociedad, which hadn’t won in its last five away games in the league.

It was the third straight loss for Mallorca, which has only two victories in its last nine league matches. It stayed in 16th place, five points from the relegation zone.