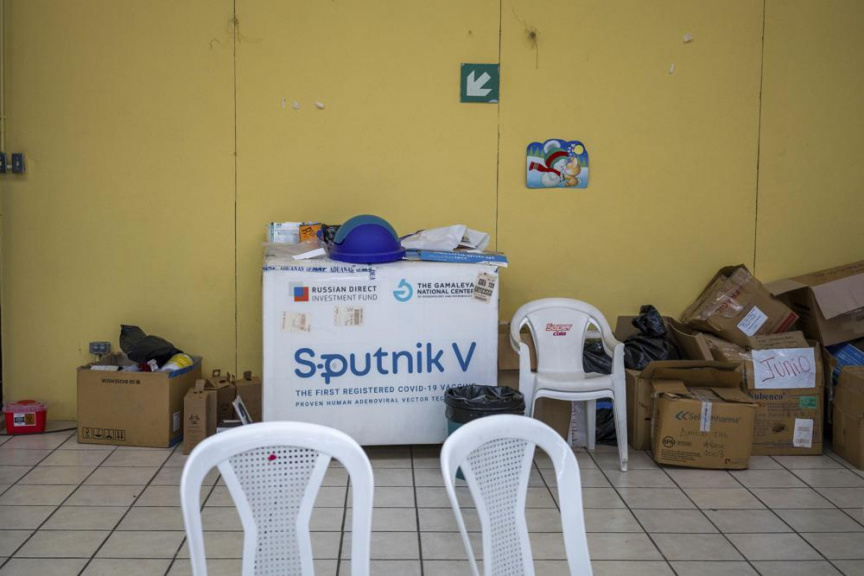 An empty box that once held Russian Sputnik vaccines for COVID-19 sits with other empty boxes at a vaccination center in Guatemala City, Tuesday, March 1, 2022. (AP Photo/Moises Castillo)

GUATEMALA CITY (AP) — Health authorities in Guatemala say over a million doses of the Russian Sputnik coronavirus vaccine have expired, because nobody wanted to take the shot.

Francisco Coma, the country’s health minister, said Monday that there was a “rejection” among the population toward the vaccine, even though a lot of Guatemalans remain unvaccinated.

Only about 43% of the country’s 12.6 million inhabitants over age 11 are fully vaccinated, in a country whose total population is 17 million.

It was unclear if people had any particular doubts about the Russian vaccine, or if they were unwilling to take any vaccine.

“We have tried to make available all the vaccines of different brands, to the public,” Coma said. “Unfortunately, there has been a rejection among the public to vaccination.”

The wasted shots cost the government about $11 million, Coma said.

An additional 1.7 million doses of the second Sputnik dose, which is different from the first, will expire in March.