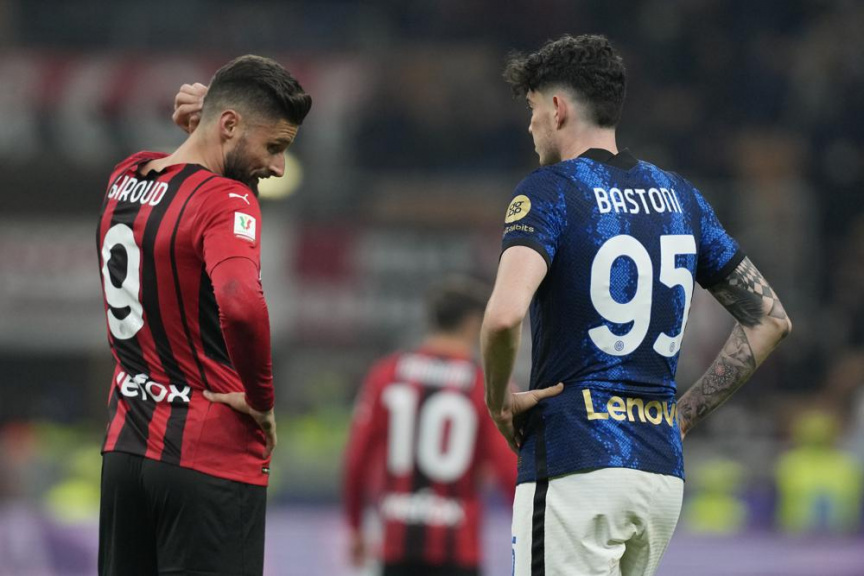 Inter has won only one of its past seven matches in all competitions since the start of February. That run has seen the defending Serie A champion fall off the top spot in the league and lose 2-0 at home to Liverpool in the first leg of their Champions League matchup.

It was also the fourth straight match in which Inter failed to score. The Nerazzurri have now gone more than 400 minutes without finding the back of the net.

“We’ve had lots of games and we need to rediscover our spark but we’re working on it,” Inter coach Simone Inzaghi said. “We still have the best attack. Going four matches without scoring obviously creates headlines but we’ll soon be scoring again.

“I think it’s only natural for us to drop off a bit now. We were going full throttle in November, December and January. We’re not playing as well as we were ... We’re trying to recover our physical and mental strength.”

Both teams had chances at San Siro and though neither goalkeeper was really troubled, Inter’s Samir Handanović did have to pull off a one-handed save to keep out a Rafael Leão curler at the start of the second half.

Milan hasn’t won the cup in nearly two decades — since 2003 — while Inter hasn’t gotten past the semifinals since winning the last of its seven titles in 2011.

The Milan teams drew 1-1 in their first Serie A derby of the season in November, then Olivier Giroud scored twice when Milan beat Inter 2-1 three weeks ago in the league.

Defending champion Juventus visits Fiorentina in the first leg of the other semifinal on Wednesday.

The second-leg matches are scheduled April 20. The final is May 11.