43 injured as tourist bus veers off road in Bavaria 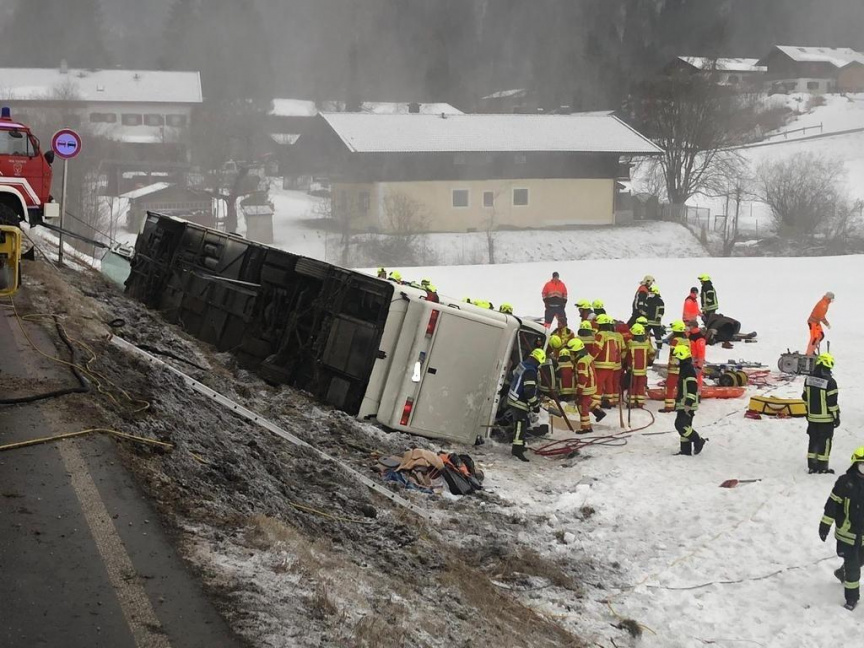 A tourist bus headed for the Austrian Alps crashed on a local highway in Upper Bavaria Saturday morning, injuring 43 of the 61 people on board, Inzell, Germany, Saturday, Feb. 26, 2022. (Hubert Hobmaier/ Fire Department Traunstein via AP)

VIENNA (AP) — A tourist bus headed for the Austrian Alps crashed on a local highway in Upper Bavaria on Saturday, injuring 43 of the 61 people on board.

Around 7:30 a.m. on Saturday morning, the double-decker bus veered off the road and crashed near the town of Inzell, in the Traunstein district of Bavaria, according to Bavarian police. No other vehicles were involved in the crash.

Police said seven people sustained serious injuries, while 36 others, including the driver, were more lightly injured.

The bus was traveling from the German state of North Rhine-Westphalia to the Austrian ski resort of Kaprun, police said.

Police said the road remained closed as of Saturday afternoon.