NATO agrees to beef up eastern flank after Ukraine attacked 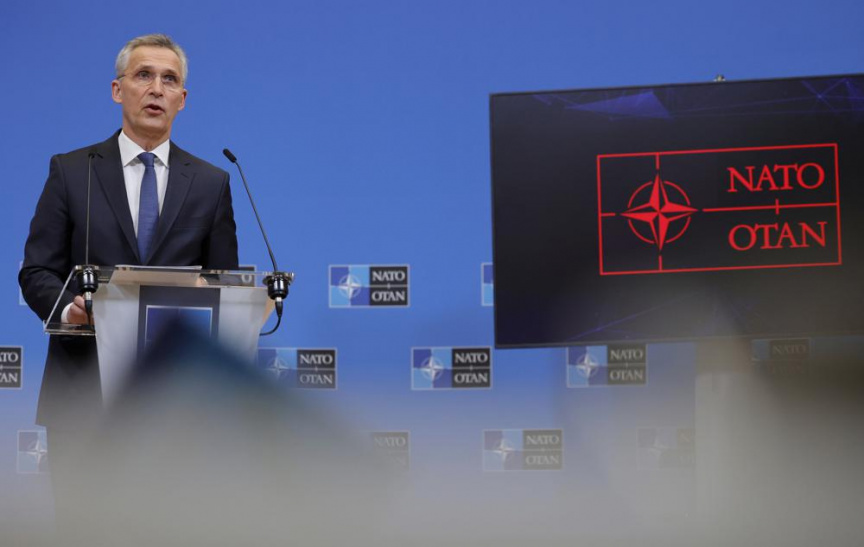 BRUSSELS (AP) — NATO agreed Thursday to beef up its land, sea and air forces on its eastern flank near Ukraine and Russia after President Vladimir Putin ordered a military offensive in Ukraine.

“We are deploying additional defensive land and air forces to the eastern part of the alliance, as well as additional maritime assets,” NATO ambassadors said in a statement. “We have increased the readiness of our forces to respond to all contingencies.”

Countries closest to the conflict — Estonia, Latvia, Lithuania and Poland — requested rare consultations under Article 4 of NATO’s founding treaty, which can be launched when “the territorial integrity, political independence or security of any of the (NATO) parties is threatened.”

“We have decided, in line with our defensive planning to protect all allies, to take additional steps to further strengthen deterrence and defense across the Alliance,” the envoys said. “Our measures are and remain preventive, proportionate and non-escalatory.”

While some of NATO’s 30 member countries are supplying arms, ammunition and other equipment to Ukraine, NATO as an organization isn’t. It won’t launch any military action in support of Ukraine, which is a close partner but has no prospect of joining.

Estonia, Latvia and Lithuania, however, said in a joint-statement: “We would need to urgently provide Ukrainian people with weapons, ammunition and any other kind of military support to defend itself as well as economic, financial and political assistance and support, humanitarian aid.”

“The most effective response to Russia’s aggression is unity,” Estonian Prime Minister Kaja Kallas tweeted. “Russia’s widespread aggression is a threat to the entire world and to all NATO countries.”

Kallas called for measures “for ensuring the defense of NATO Allies.”

NATO began beefing up its defenses in northeastern Europe after Russia annexed Ukraine’s Crimean Peninsula in 2014. It has around 5,000 troops and equipment stationed there, but those forces have been beefed up with troops and equipment from several countries in recent months.

A first step now could be to activate the NATO Response Force, which can number up to 40,000 troops. A quickly deployable land brigade that is part of the NRF — made up of around 5,000 troops and run by France alongside Germany, Poland, Portugal and Spain — is already on heightened alert.

Some NATO members have also sent troops, aircraft and warships to the Black Sea region, near allies Bulgaria, Romania and Turkey. The Pentagon has also put up to 8,500 U.S. troops on heightened alert, so they will be prepared to deploy if needed to reassure other allies.