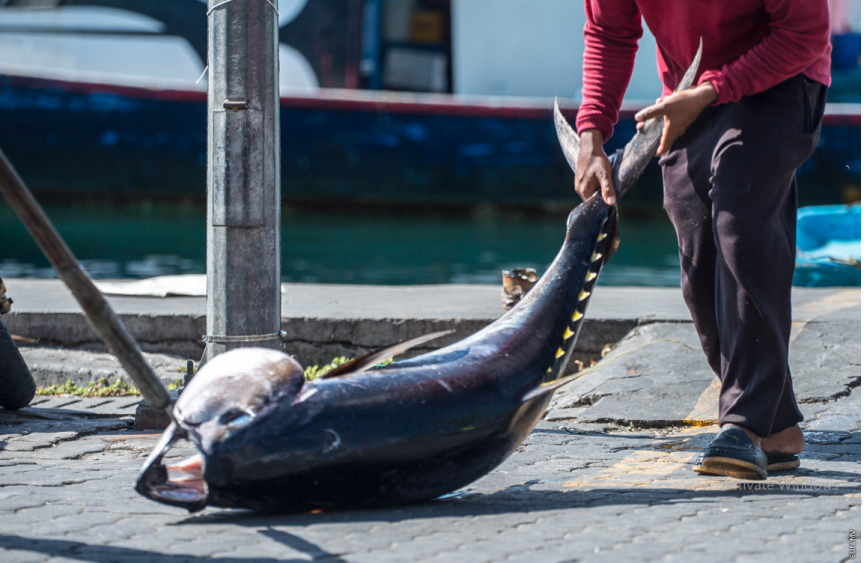 The Bodu Kanneli Masveringe Union (BKMU) on Monday called to provide fishermen arrangements to get fuel at a lower price, as the price of tuna drops.

Speaking to ‘Sun’, the President of BKMU Hussain Nasheed said that the price of tuna has dropped so much that if over 3okg, then it will sell for MVR 85 per kg.

As per Nasheed, during last year, it sold for better prices since fishing was low and factories did not get enough.

“With the changes in fuel prices, we urge the government to provide a good price for tuna. It is very concerning that when fuel prices are increased while tuna prices are low.”

He went on to note that the price sustained at a good rate for a while, but now that regional fishing has improved, the rates are dropping since Wednesday, February 9.

However, the rates stooped on Thursday with over 30kg being sold for only MVR 95 and less than 30kg for MVR 50 per kg.

The rates further dropped by Sunday, with over 30kg tuna sold for only MVR 95 per kg and less than 30kg selling for just MVR 50.

Additionally, Nasheed stated that now that fishing is done on modernized vessels, the amount spent on fuel increases, hence, the earnings of fishermen will decrease.

"50 Maldivians in Ukraine, no special instructions yet"