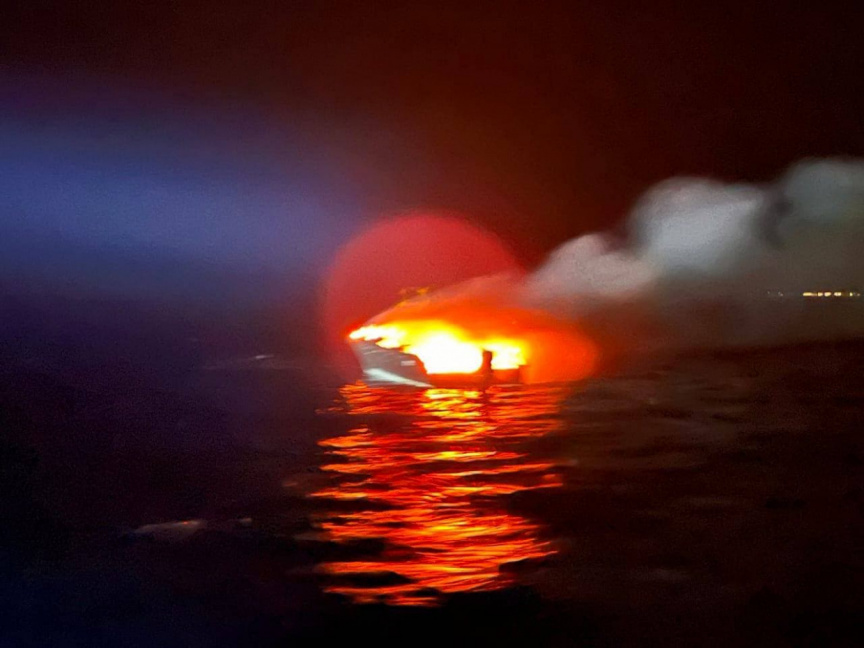 Launch nearby Raffles Maldives Meradhoo Resort which was caught on fire. (Photo/MNDF)

A fire has broken out at a launch nearby Raffles Maldives Meradhoo Resort.

MNDF said that its Thinadhoo Fire Station is working on controlling the fire.

In a statement given after the fire was controlled, MNDF said that the launch had been damaged beyond use in the fire. However, they noted that no individual was injured in the incident.

The cause of fire at the launch is yet to be determined.