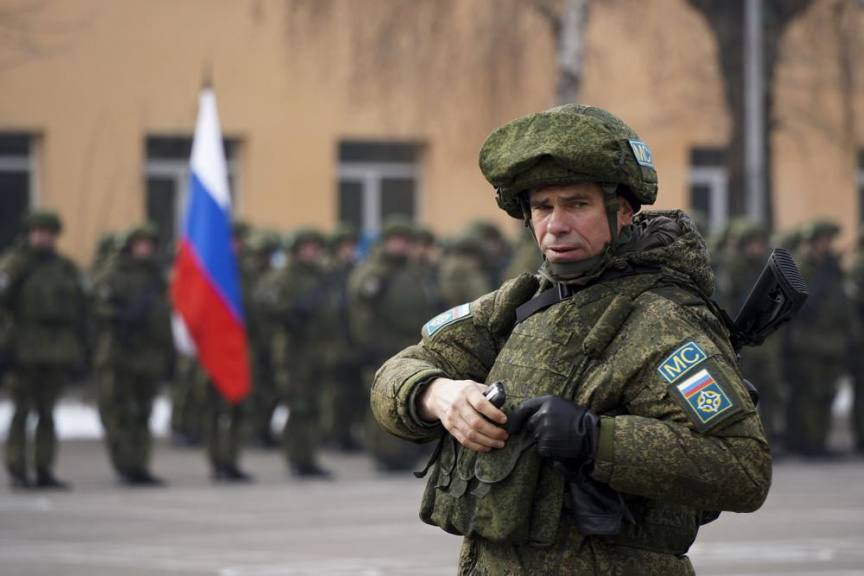 MOSCOW (AP) — Troops belonging to a Russia-led security alliance were preparing to pull out of Kazakhstan, the Russian Defense Ministry said on Thursday. The withdrawal comes a week after they were deployed to the ex-Soviet nation on the request of its president, who was seeking to quell violent mass protests.

The demonstrations started on Jan. 2 in western Kazakhstan following widespread outrage over a sharp rise in fuel prices. They quickly spread nationwide and descended into violence within several days. Protesters stormed government buildings and set them ablaze, and dozens of people were killed in clashes with the country’s security forces.

President Kassym-Jomart Tokayev has blamed the unrest on foreign-backed “terrorists” and requested assistance from the Collective Security Treaty Organization, a Russia-led military alliance of six ex-Soviet states. The bloc sent over 2,000 troops to Kazakhstan last week. On Tuesday Tokayev declared their mission accomplished and said they would start pulling out on Thursday.

Russia’s Defense Ministry said Thursday that the troops in Kazakhstan were preparing equipment for transportation and handing over state institutions they guarded to local forces.

Later on Thursday, Russia’s Defense Minister Sergei Shoigu reported to President Vladimir Putin that the troops will withdraw by Jan. 19. Putin noted that it was the first such operation for the CSTO and that the troops “played an important role” in stabilizing the situation in Kazakhstan.

“In general, it’s time to return home — we have completed our task,” Putin concluded.

In Almaty, Kazakhstan’s largest city that has been hit the hardest by the unrest, the airport resumed operation on Thursday morning, a week after it was stormed and briefly seized by the protesters. Russia’s Interfax news agency also reported that the security forces have cleared the square in front of the city hall, which was stormed and set on fire, opening it for pedestrians and car traffic.

Authorities in Almaty on Thursday reported detaining nearly 2,000 more people over their alleged involvement in the unrest and looting.

Kazakhstan raises death toll to 225 in days of protests

Kazakh pres: Forces can shoot to kill to quell unrest