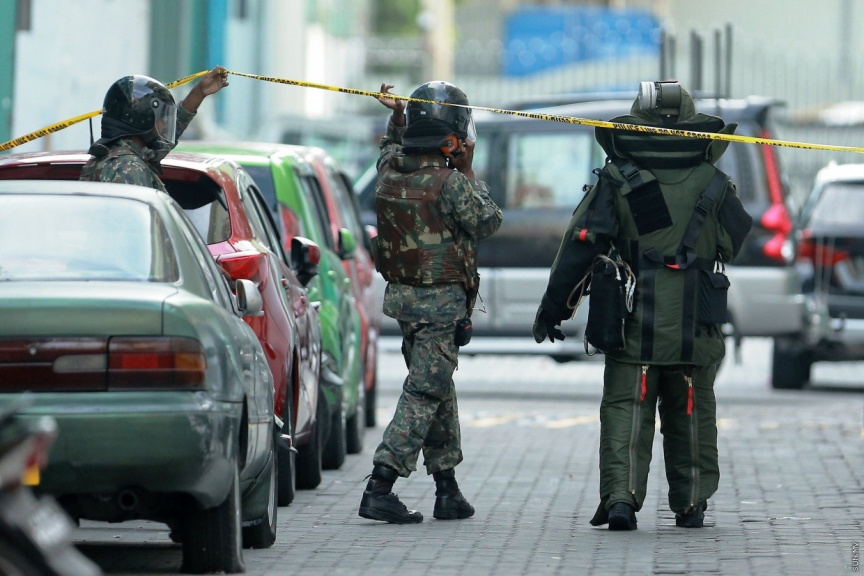 MNDF Explosive Ordnance Disposal (EOD) technicians respond to reports of a possible IED inside a car park near STELCO on November 4, 2015. (File Photo/AP)

Security forces have commenced a special operation in Male’ City.

In a joint statement released by Maldives Police Service and Maldives National Defense Force (MNDF) tonight – they said that a joint operation under the name ‘Gulhigen’ has been commenced at the request of Police, for the purpose of ensuring the safety of the public and the security and peace of Male’ City.

Rumors have surfaced that security measures have been heightened in Male’ area subsequent to a terrorism threat. However, security forces have yet to address the rumors.

An operation was carried out at Vilimale’ by Vilimale’ Police on last Thursday – which saw the arrest of an individual suspected in a terrorism related case.

Some houses at Vilimale’ was searched during this operation.

EC: Komandoo by-election will go ahead as scheduled