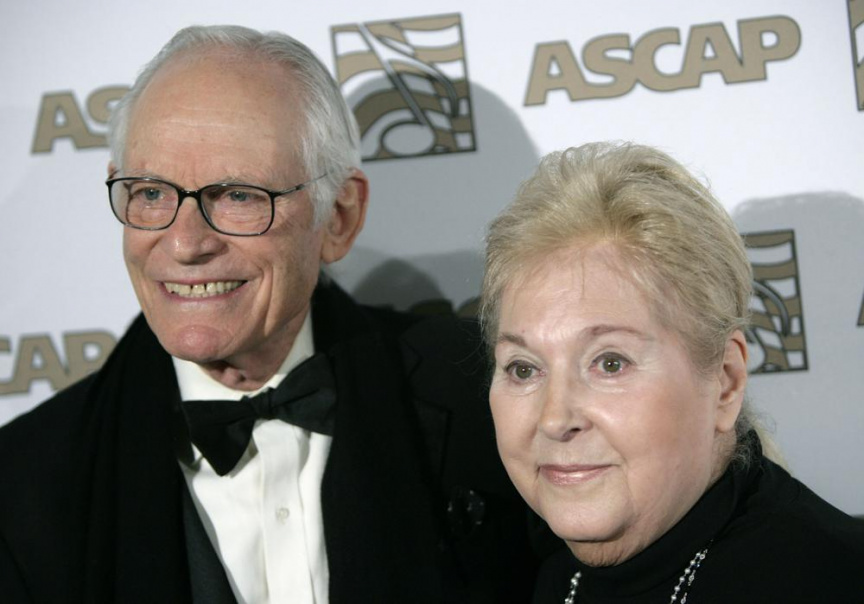 FILE - Honorees Alan, left, and Marilyn Bergman arrive at the ASCAP Film and Television music awards in Beverly Hills, Calif. on Tuesday, May 6, 2008. Oscar-winning lyricist Marilyn Bergman died Saturday, Jan. 8, 2022 at age 93. She teamed with husband Alan Bergman on “The Way We Were,” “How Do You Keep the Music Playing?” and hundreds of other songs. (AP Photo/Matt Sayles, File)

NEW YORK (AP) — Marilyn Bergman, the Oscar-winning lyricist who teamed with husband Alan Bergman on “The Way We Were,” “How Do You Keep the Music Playing?” and hundreds of other songs, died at her Los Angeles home Saturday. She was 93.

She died of respiratory failure not related to COVID-19, according to a representative, Jason Lee. Her husband was at her bedside when she died.

The Bergmans, who married in 1958, were among the most enduring, successful and productive songwriting partnerships, specializing in introspective ballads for film, television and the stage that combined the romance of Tin Pan Alley with the polish of contemporary pop. They worked with some of the world’s top melodists, including Marvin Hamlisch, Cy Coleman and Michel Legrand, and were covered by some of the world’s greatest singers, from Frank Sinatra and Barbra Streisand to Aretha Franklin and Michael Jackson.

“If one really is serious about wanting to write songs that are original, that really speak to people, you have to feel like you created something that wasn’t there before — which is the ultimate accomplishment, isn’t it?” Marilyn Bergman told The Huffington Post in 2013. “And to make something that wasn’t there before, you have to know what came before you.”

Travis Scott's offer to pay for funerals turned down