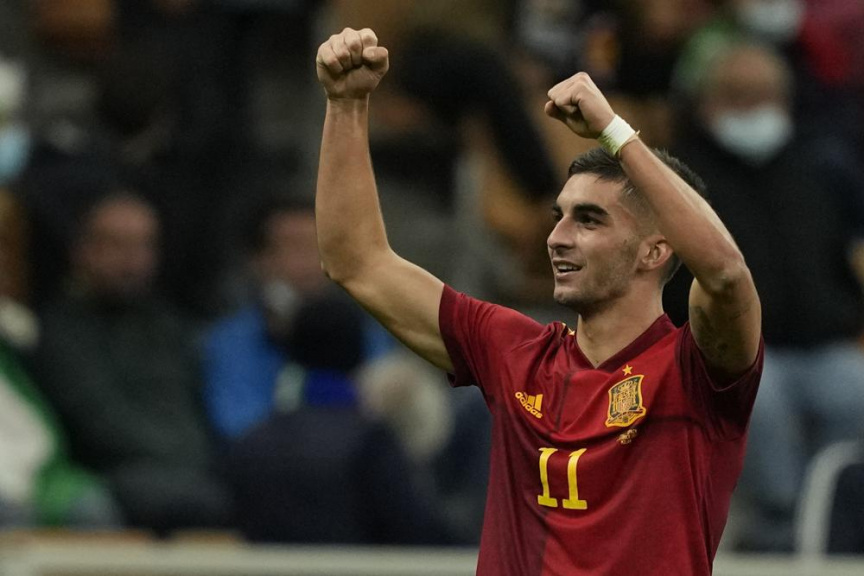 BARCELONA, Spain (AP) — Barcelona completed the signing of Ferran Torres from Manchester City on Tuesday for a reported fee of 55 million euros ($62.25 million), around double what the English champions paid for the Spain forward 16 months ago.

Torres signed a five-year deal and will have a buyout clause of 1 billion euros ($1.13 billion), according to Barcelona.

The Spanish club needed to bolster its attacking options following the retirement of Sergio Aguero because of a heart problem. Aguero also joined Barcelona from City but played just five games.

The 21-year-old Torres returns to Spain, where he played for Valencia before joining City in the offseason of 2020 with a reputation of being one of Europe’s best young players.

He scored 16 goals in 43 games in all competitions for City but was never a regular because of the many attacking options available to manager Pep Guardiola. Torres hasn’t played since October because of a foot injury sustained on national-team duty.

“Ferran should be proud of what he has achieved here at Manchester City,” said Txiki Begiristain, City’s director of football.

“Last season was his first time in a new country, but he adapted well. He always gave 100%, worked hard for the team and scored goals which helped us win trophies.”

Torres will be presented as a Barcelona player at Camp Nou on Monday.