President listens to concerns of visually-impaired and blind people 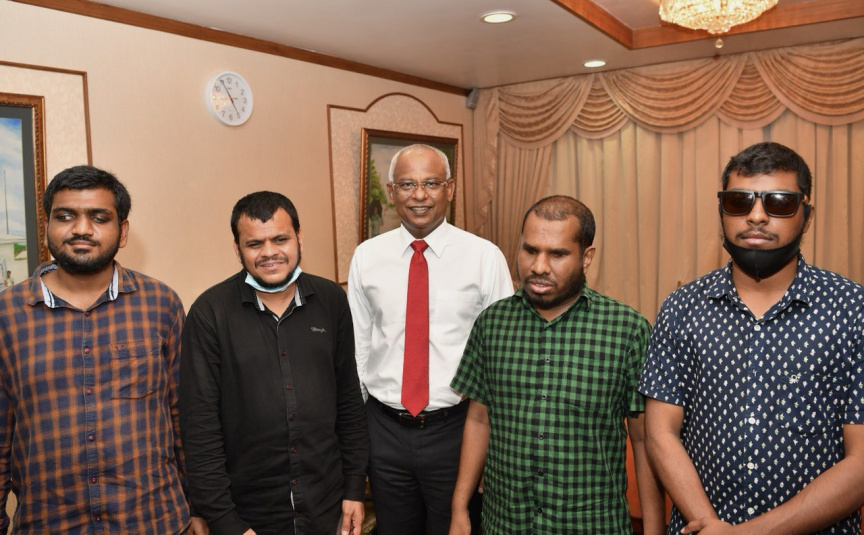 President Ibrahim Mohamed Solih meets a group of visually-impaired and blind people to inquire about their concerns on December 16, 2021. (Photo/President's Office)

President Ibrahim Mohamed Solih, on Thursday, met a group of visually-impaired and blind people, including parents of such children, to inquire about their concerns.

The meeting which was held this afternoon at the President’s Office also saw the participation of senior officials from the National Social Protection Agency (NSPA).

One of the main topics which were discussed during the meeting was the allowance issued for persons with disabilities – which participants cited to be inadequate in comparison to the current living conditions. Requesting the President to address the issue – they highlighted to him that increasing financial assistance would alleviate a number of challenges they face, especially in receiving treatment and therapeutic services.

Officials from NSPA responded to this by stating that they are currently in discussion with Finance Ministry and Gender Ministry to determine the "disability severity" of the recipients of the allowance and make necessary revisions to the allowance.

For this purpose, they noted that regulations governing the establishment of a comprehensive national registry of persons with disabilities were recently finalized and published.

President Solih gave assurance to the participants that he would work with the relevant government authorities to find amicable solutions to their concerns.