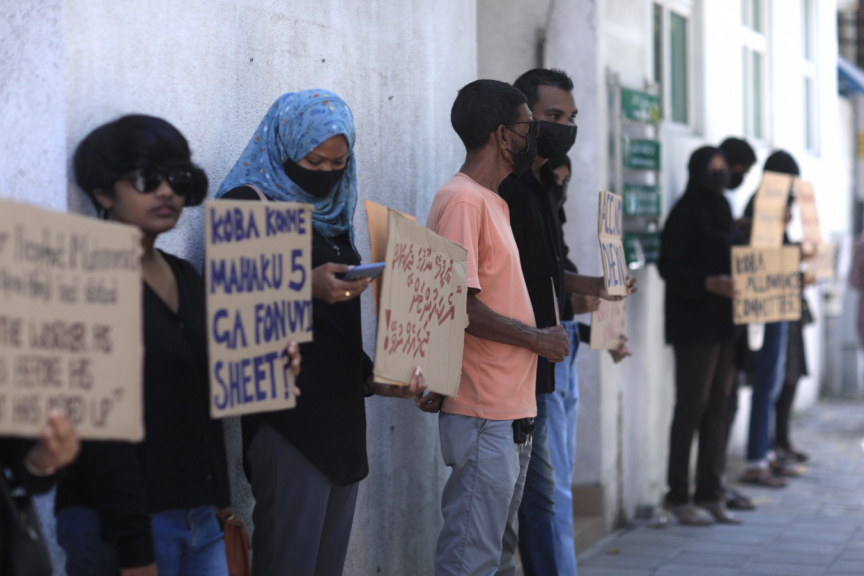 A group of frontline staff who worked at the Health Emergency Operation Center (HEOC) has staged a protest today – over the non-payment of their allowances.

The protest is held in front of the Health Ministry. Some individuals heading the protest reports that the silent protest was staged for the purpose of making the relevant authorities responsible.

They further stated that the protest was staged as the matter has not been addressed even after discussions with senior officials from HEOC and Health Ministry, in official capacity, via letters and emails prior to this.

“Because the matter has still not been solved. Such letters or emails have not been responded to, or given an acceptable response to even after relaying so many pressing pleas and concerns,” one of the individuals heading the protest explained to Sun why they had to resort to this.

The individual further added that some staff had been sent messages regarding the delay in the payment of the allowances – which read that it was due to an error in the allowance sheets but had not specified what was the error.

It was also some staff were issued differing amounts on different months – for which no explanation was given for, which the individual described as something unacceptable.

Sun has been unsuccessful in its efforts to get a comment from HEOC or Health Ministry regarding the matter.