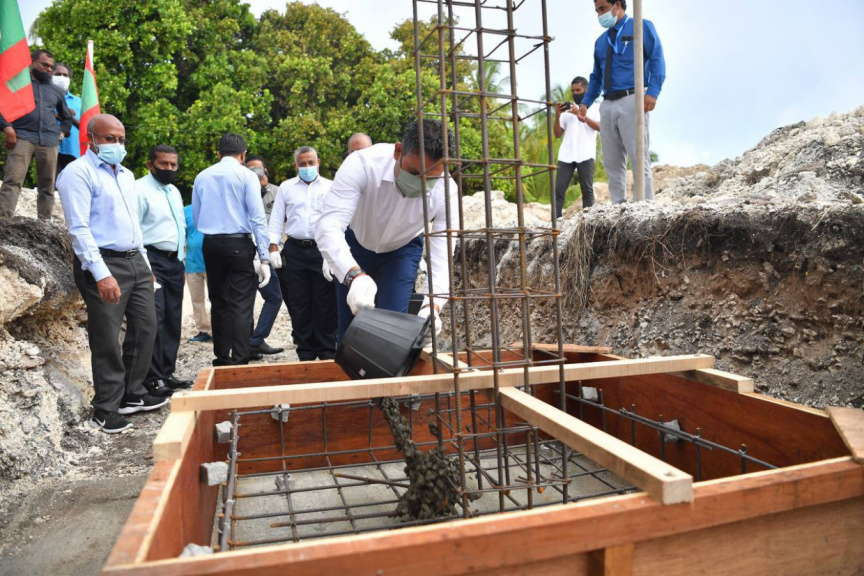 Vice President Faisal Naseem has broke ground on a new mosque development project at Fuvahmulah City, during a special ceremony held to inaugurate the project on Monday.

Located near the harbor in Dhoodigan district, the new mosque will feature modern architecture and design. It can accommodate up to 500 worshippers at a time. This project is worth MVR 11.9 million – and is funded by the government. The mosque is expected to reach full completion within a period of one year.

Speaking at the inauguration ceremony, VP Faisal noted that was a long-awaited wish of the residents to see a mosque developed in their neighborhood. He also spoke of high values accorded by the administration towards religious affairs and national development.

VP Faisal was joined by cabinet members and senior officials of the government of Fuvahmulah City during the inauguration ceremony.

After concluding the event, VP Faisal toured and inspected the Fuvahmulah Harbour and the progress of the work to close up the channels that were used earlier for navigation.