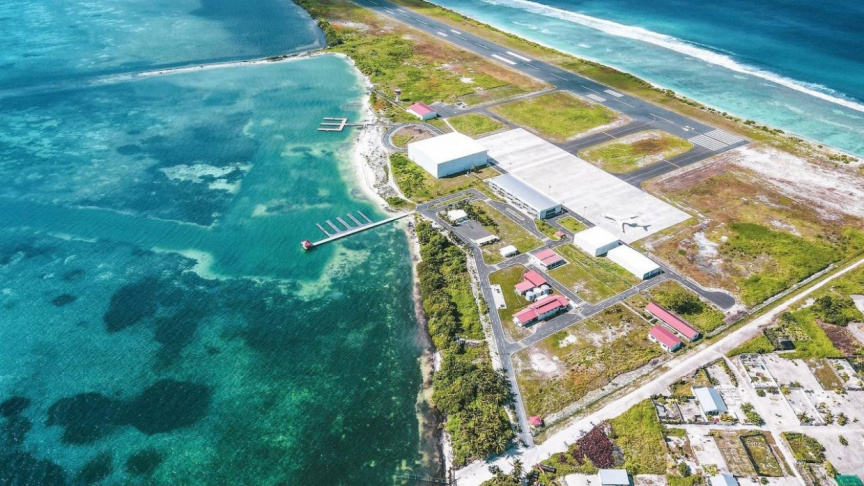 N. Maafaru Council President Mohamed Adnaan has stated that the whole island is currently under tension subsequent to a staff working at Maafaru International Airport testing positive for COVID-19.

Speaking to Sun regarding the matter, Adnaan said that a Maafaru resident working at Maafaru Airport consulted at Noonu Atoll Hospital at N. Manadhoo after falling ill. As the hospital noted that the staff was exhibiting symptoms of COVID-19, a test was done — and the result had come back positive.

"Many people come and leave the airport. So the staff would have attended to a lot of people. There will be people who are coming to depart that are sick as well. It is likely that the staff had gotten in direct contact in such a way," he had said.

Noting that individuals with symptoms have traveled to and from the island to Male' City, Adnaan said that it is difficult to say whether the staff had not gotten in contact with such a person.

Speaking further, Adnaan said that there were 30 active cases on the island at present — with reference to the records of Maafaru Health Centre.

With a large number of people testing positive within a short span of about two days, he said that it is likely that there is a community spread on the island.

"Escalating to this level within a span of about two days means this place is now in a community spread," he had said.

This is the first time a community spread has been detected at Maafaru since the onset of the pandemic, two years ago.

Adnaan further said that there is no doubt that the other individuals would have come in direct contact with the staff — considering that the island is very small.

Whilst the Council claims there to be community spread at Maafaru — the island is yet to be placed under monitoring mechanisms by health authorities.

On this note, Adnaan stressed that whilst 30 individuals have tested positive on such a small island —  it has still not been placed under monitoring. He added that subsequently, the island residents are extremely concerned and under great tension.

Although initially none of the individuals that had tested positive were considered to be high-risk — Adnaan said there were high-risk patients amongst those who have tested positive more recently. This includes a patient who is under long-term medication.

He also noted that undergoing quarantine in the atolls is extremely difficult — hence, if restrictive measures are not taken immediately, it is likely that the situation on the island will worsen and could result in many fatalities.

Adnaan also detailed the assistance being rendered by the Council to patients who are at home isolation. In this regard, home visits are made in collaboration with the Health Centre to check up on them — and to provide the necessary medications.

Delivery services are also provided to them, as well as clearing out the trash at such houses.

Power cut off for Maafaru Council due to unpaid bills