Zakariyya Mansoor retires from MNDF after 37 years of service 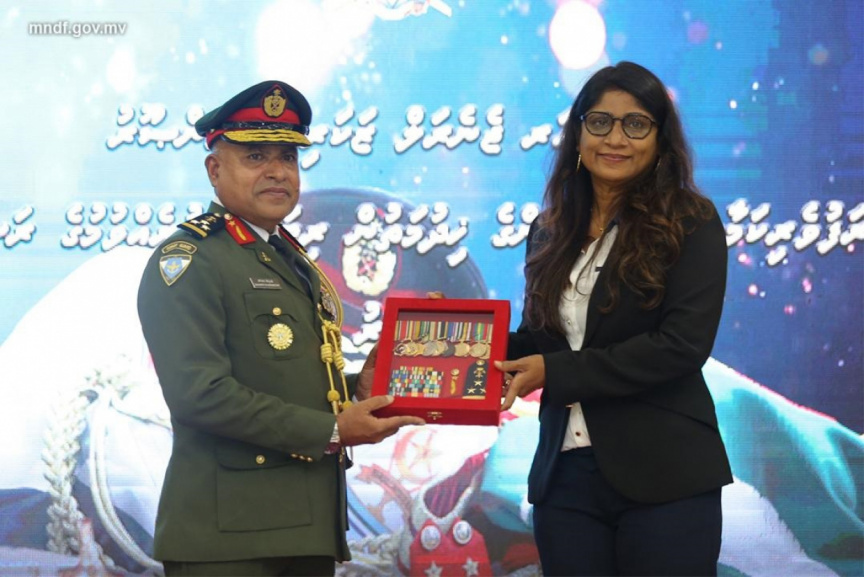 He was presented with his medal of honorable discharge, along with a letter from the Commander-in-Chief of Maldives, President Ibrahim Mohamed Solih, by Defense Minister Mariya Ahmed Didi in a ceremony at the Bandaara Koshi on Thursday.

He was also presented with a letter and a photo board by Chief of Defense Force Major General Abdulla Shamaal.

The ceremony was attended by MNDF’s general officers, unit commanders, members of his family, and a large number of military officers of different ranks.

During the past 37 years, he provided valuable service in different areas of the MNDF.

He provided invaluable service in human resource development at the Coast Guard.

Other positions he served at the MNDF include MNDF Central Area Commander, Chairman of the Management Committee of SIFCO, member of Training and Evaluation Committee, Managing Director of Kadhdhoo Airport, and MNDF’s Chief Spokesperson.

He was last serving as Director-General of National Counter-Terrorism Center.

He received 10 medals and 11 ribbons for his dedicated service, achievements and discipline.