Police: Khalid was not hit by a car, he fell 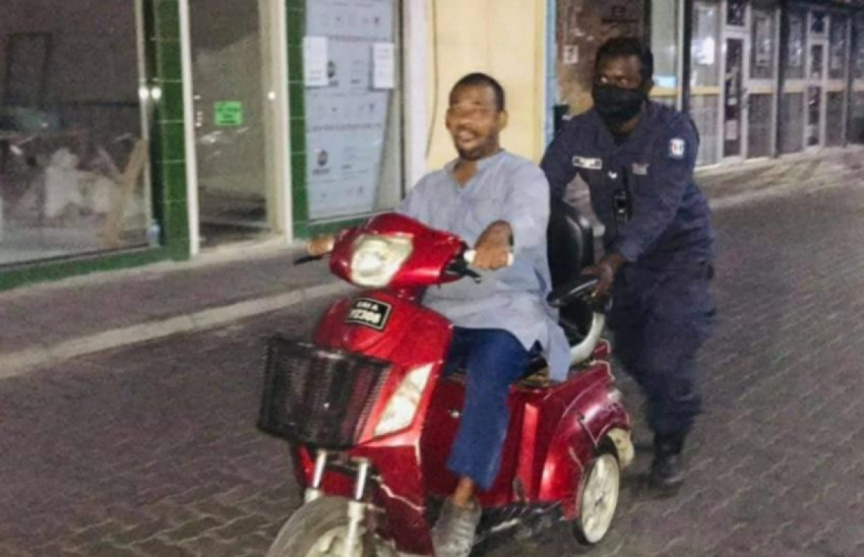 Khalid Abdulla, M. Kinbidhooge, Male’ City, who was greviously injured in an accident on December 6, 2021.

Maldives Police Service has stated that although it was initially presumed that Khalid Abdulla, M. Kinbidhooge, Male’ City, was hit by a car in a road accident on last Monday – it is now concluded that the accident occurred after he had fallen from his cycle, and not by getting hit by a car.

Police said that they were reported a road accident between a car and a cycle near the bridge at Hulhumale’ Phase 2 on Monday afternoon.

They also highlighted that the injured party in the accident was a person with a disability.

Police said that in their investigation into the accident, they had gone through CCTV footage from the cameras in that area.

“It has shown that the accident had not occurred by a car and a cycle crashing into each other. The findings so far indicate that the man on the cycle had fallen off from it due to something at the moment he saw the car driving towards him,” they had said.

Police also said that they were investigating the case further.

Khalid who was injured in the accident is currently in serious condition – and is being treated at ICU.