Speaker Nasheed: Majority of the public believe courts are being reformed 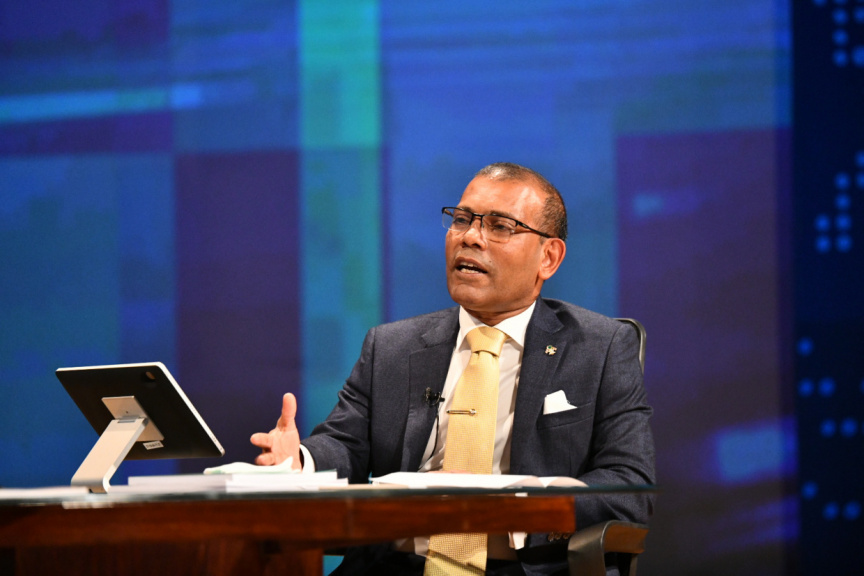 Parliament Speaker, former President Mohamed Nasheed has stated that majority of the Maldivians believe that the country’s judiciary and the courts are being reformed.

Speaker Nasheed said this in response to a question posed by a member of the public inquiring when the pledge to reform the judiciary will be fulfilled during the fourth program of ‘Ask Speaker’, which is organized by the People’s Majilis.

In response, Nasheed said that reforming the judiciary is a matter which he has always advocated for. On this note, he said it is his most pertinent request that operations of courthouses are improved and ensured to be independent.

He further said that a just judiciary system is required for public order and basic rights.

“Reforming the judiciary is one of our pledges. We are doing this work,” he added.

With reference to the Supreme Court trial of former President Yameen Abdul Gayyoom which concluded this morning, resulting in his acquittal in a money laundering conviction, Speaker Nasheed said the extent to which the judiciary has been reformed has been talked about by the opposition as well as the public.

“The case which was concluded by the Supreme Court today, related to former President Yameen, has triggered talks regarding how the Maldivian courts are being reformed, and how the Judicial Service Commission (JSC), is carrying out definitive work,” he had said.

“A lot of people are also requesting changes to how JSC is formed. It is a pledge that we made during the elections, it is something we promised to do within these five years,” he added.

Speaking further, Speaker Nasheed pointed that a lot of people from the general public have been suggesting further strengthening the decentralization system and a change of governing system by amending the constitution in addition to reforming JSC.

Nasheed said that making all these changes to the constitution at the same time can be useful.

“Changing how JSC is formed during that time, even as I see it, can be useful,” he had said in response to a question inquiring when how JSC’s formation will be changed.

'Yameen charged, not because there is evidence'