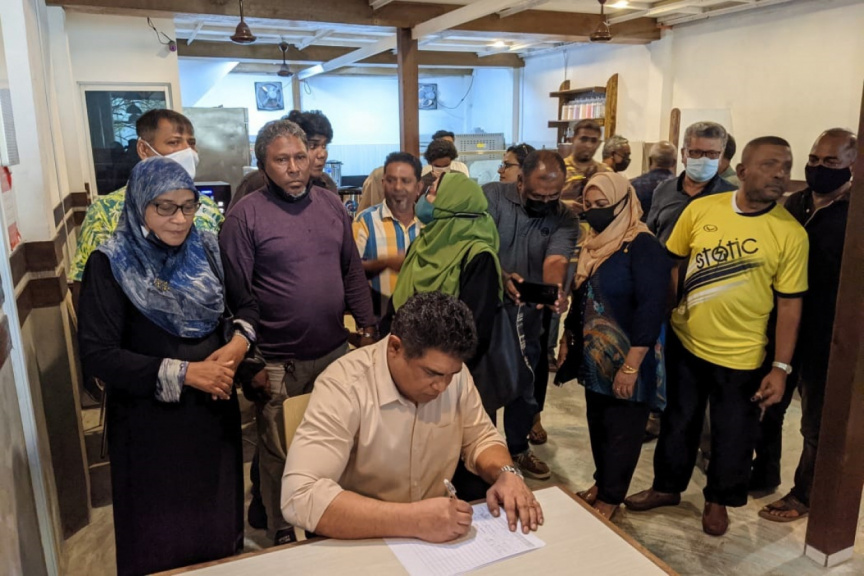 A hundred thousand signatures have been secured petition calling for a constitutional referendum to switch from a presidential system to a parliamentary system which was drawn by Central Maafannu MP Ibrahim Rasheed (Bonde) and renowned lawyer Ahmed Nishan.

Nishan, who headed the activities pertaining to the petition, confirmed to Sun that over 100,000 signatures have been secured for the petition – adding that efforts were still underway to secure more signatures.

“We have secured over 100,000 signatures. We are still doing the work needed to secure even more signatures in the future,” he had said.

Nishan said that the number of signatures without repetition as of present is 109,742. He noted that only 83 repeated signatures have been notice so far.

Multiple activities have been carried out in order to secure signatures for the petition. On this note, the team heading the constitutional referendum petition has held meetings with political parties. A campaign targeted towards islands was also carried out. A door-to-door campaign at Hulhumale’ City, also took place.

Nishan said that upon collecting all signatures – the petition would be presented both to the President and the Parliament, along with a request to hold a constitutional referendum.