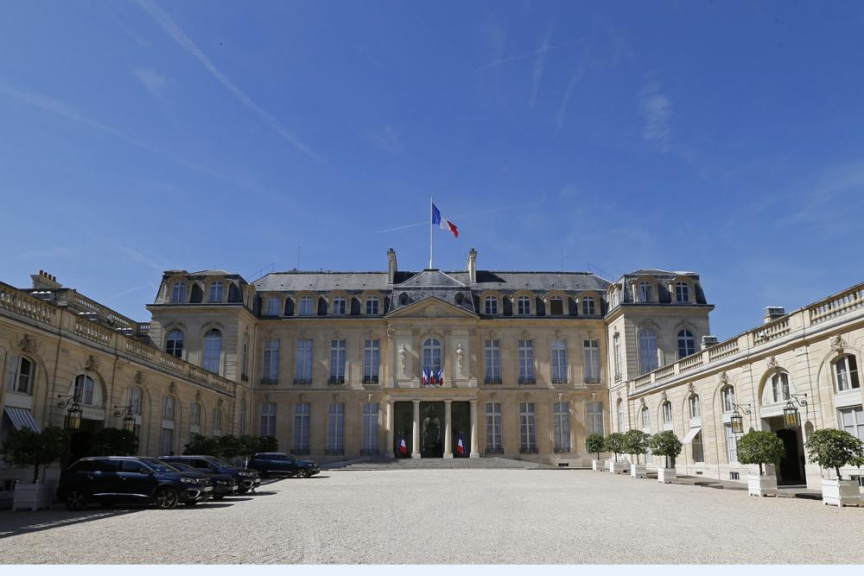 The courtyard of the Elysee Palace is pictured in Paris, France, Friday July 5, 2019. (Regis Duvignau/Pool Photo via AP, File)

A woman soldier working at the palace accused a fellow serviceman of rape, according to French President Emmanuel Macron’s office. Both were stationed at the Elysee, but the accused serviceman has since been moved away from his post, it said.

The Elysee said it would not comment on a judicial investigation that is underway. But it said that as soon as the palace heard about the case, “measures were immediately taken: listening, supporting and accompanying the victim.”

The Elysee said officials are awaiting the findings of the judicial investigation before deciding whether other actions are needed.

Defense Minister Florence Parly launched an internal administrative investigation, said a French official, who was not authorized to be publicly named.

The newspaper Liberation reported Friday that the attack took place after a farewell party for Elysee staff members July 1. The newspaper said that Macron had attended the party but then left, and that the alleged rape occurred later in a high-security building that is part of the presidential complex. Macron resides at the Elysee.

The revelation about the investigation comes amid growing efforts in France to fight and speak out about sexual violence.

“It shows that rape can happen anywhere, in any socioeconomic environment, to anyone. Even in the most secure places,” said Suzy Rotman, spokesperson for the Women’s Rights Collective and founder of a French group for rape victims. “Sexual violence is everywhere.”

The global #MeToo movement has encouraged more victims to report sexual violence in France, according to activist groups, but they remain in the minority.

Seeking justice for rape -- especially if the alleged perpetrator is a police or military officer — is a “real battle” because of the legal, political and emotional obstacles involved, Rotman said.

Tens of thousands of women have shared testimonies online in recent weeks of being harassed or mistreated when filing sexual abuse complaints in France. The country has also seen a surge in recent online accusations of sexual misconduct in the media and theater industries, following similar outpourings around alleged sexual wrongdoing by sports coaches and cultural figures.

Rotman called for special courts for sexual violence cases and more training for police in handling them.

3 women slain in a day by partners in France