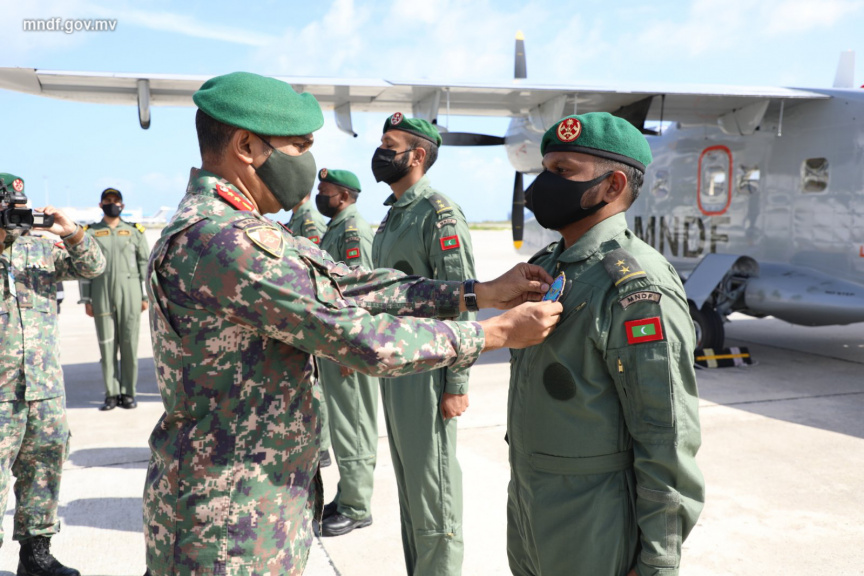 MNDF pilots took to the skies in the Dornier aircraft for the first time on Tuesday, in a development described by Chief of Defense Force Major General Abdulla Shamaal as a “historic moment”.

“We extend our sincere thanks to the Indian armed forces for training our pilots in such useful & versatile aerial platforms,” said Shamaal in a tweet.

MNDF said that only officers can fly military aircrafts, and that it therefore takes three years to complete officer training as well as air force training.

“This is one challenge MNDF faces in finding pilots. More pilots are being trained even now, despite the circumstances,” said an official from MNDF.

According to MNDF, three of their pilots completed Dornier conversion course this year, which will allow them to operate as copilots on Dornier aircrafts.

“They can serve as pilots on this once they complete the additional flying hours required, and the course needed to serve as PIC or captain,” said the official.

The presence of Indian military personnel in Maldives to train MNDF officers to operate the military aircrafts donated by the country is a point of contention between the government and the opposition – who consider it a threat to Maldives’ independence and sovereignty.

While the Dornier aircraft is now flown by MNDF soldiers, the helicopters donated by India continue to be manned by Indian officers.