A historical day for the government; minimum wage will benefit the whole population 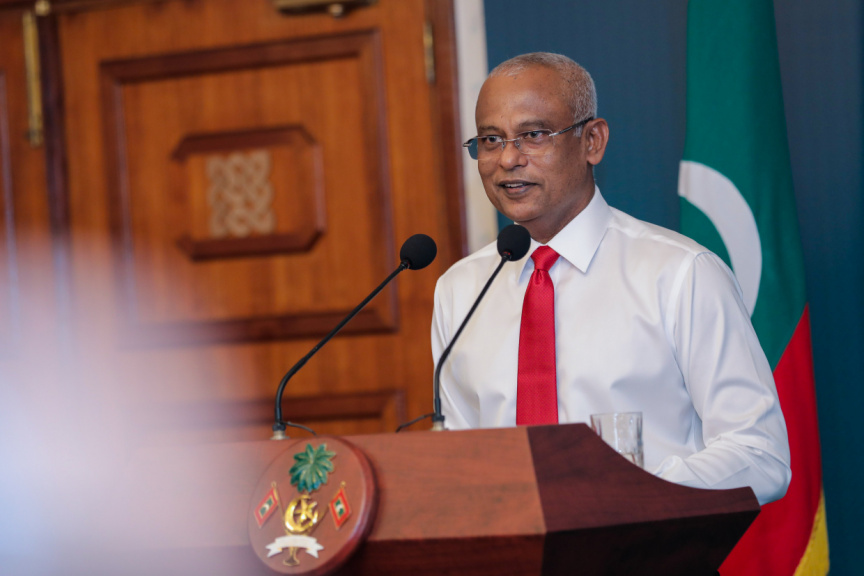 The government has stated that the declaration of minimum wage will positively impact the whole Maldivian population.

Minimum wage was declared by the government this morning, after a much long wait from the people. This is the first time a minimum wage has been declared in the Maldives.

Speaking to Sun regarding minimum wage – the President’s Office’s Spokesperson Mabrook Azeez said that there are still difficulties faced in the recovery of the Maldivian economy after the steep it fell into during the COVID-19 pandemic subsequent to being heavily dependent on the tourism sector.

Citing that even Economic Minister Fayyaz Ismail had highlighted that it will take about two years for the economy to recover up to pre-pandemic standards – Mabrook said that the rates declared today were reasonable.

“As per the law – the rates declared as minimum wage should be revised every two years. Depending on the improvements to the economy within the two years – a positive change will be brought to the minimum wage as well,” he added.

Speaking further, Mabrook said that mandating service charge for tourism sector employees via a law was a feat achieved by the current administration.

On this note, he detailed that Economic Ministry had forecasted that with the minimum wage rates declared today, alongside the service change, resort workers will get paid at least MVR 12,000.

“Considering the current situation of the Maldivian economy, this is a very significant success achieved. Over 13,000 resort workers will direct benefit from this,” he had said.

Stressing that minimum wage would not only benefit tourism sector workers – Mabrook said that over 15,400 civil servants and 5,100 employees from state-shareholding companies will benefit from the declaration of minimum wage.

‘When considering in this angle, over 33,500 Maldivians are directly impacted by this. Additionally, small businesses will profit too. The largest pledge that would benefit the most number of people, has now been fulfilled. This is a historical day for the government,” he had said.

Mabrook also added that the minimum wage rates declared in the Maldives are comparatively better than in much more developed countries such as Malaysia, India and Thailand.

The minimum wage has been set at: