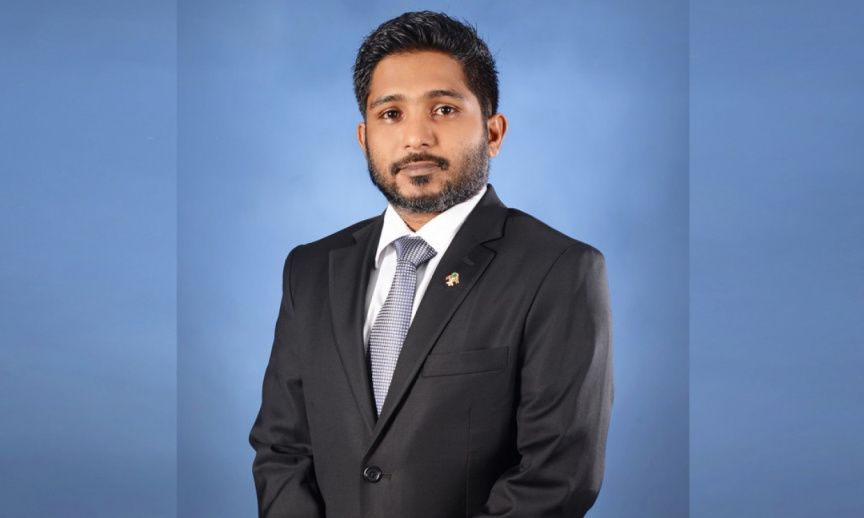 Prior to this – Judicial Service Commission (JSC) said that investigation onto the leaked audios of three judges involved in former President Abdulla Yameen Abdul Gayoom’s 2019 money laundering trial which appear to suggest the conviction had been influenced - found that only Judge Faiz’s voice was a match to the audios.

In a statement released by JSC tonight – they said that Judge Faiz is suspended for a period of 60 days starting tomorrow (November 5), until further notice.

The decision was by the Commission in its 83rd meeting held today.

JSC said that though Faiz denies that it’s his voice on the clip, and though police found his audio clip, too, to have been tampered with, the forensic analysis confirmed the voice on the clip matched with his voice.

“However, this commission takes note that a lot of talk on a trial has made outside the court in the audio, and that the judge’s action enabled parties to take undue advantage and create and circulate audios leading to loss of public faith in other judges,” said JSC in its statement.

In the leaked audio – Judge Faiz is caught saying to a friend that Yameen’s money laundering conviction was issued by holding the judges “hostage”.

Conversing with his friend, Faiz said there are many ways a person can be held hostage. He said that though the person himself may not be held hostage, it can be done by holding his wife or a loved one hostage.

Faiz is also heard describing trials involving politicians as an "unusual business”, and saying that being imprisoned unjustly can only boost Yameen’s popularity.

He also said that Yameen was convicted of the crime not based on just one reason, but based on multiple reasons, but that he is unable to divulge details.

Faiz said that Yameen’s conviction will serve in his favor in the long run, and that it will be clear in 2023 – when Maldives will hold the presidential elections.

He also said that one out of five judges issuing a dissenting opinion would have no effect on the outcome.

JSC said the analysis confirmed that the voices on the audios do not match with the voices of Jude Ali Adam – who still serves at Criminal Court – and Judge Mohamed Sameer – who now serves at the Drug Court.

The commission said that it has therefore found the allegations against the two judges to be false, and has cleared them of wrongdoing.

On this note, they condemned the allegations made against the judges based on the fake audio clips.

“Furthermore, this commission urges the media, when writing news about courts and judges, to verify that information comes from a credible source before publishing such information,” said the JSC in its statement.

Although Sun received the recordings of all three judges – only what was said in Judge Faiz’s recording was reported to the public by Sun. Contents of the recordings of the other two judges were not reported as there was doubt regarding its legitimacy.