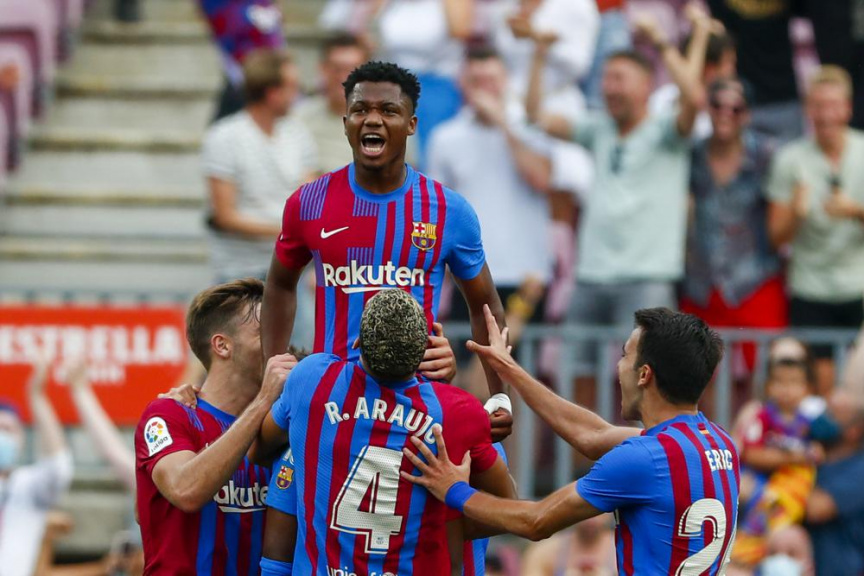 BARCELONA, Spain (AP) — Barcelona and teenage forward Ansu Fati have agreed on a contract extension to 2027 that includes a buyout clause of 1 billion euros ($1.17 billion).

The club’s announcement came after its 1-0 home win over Dynamo Kyiv in the group stage of the Champions League on Wednesday.

A signing ceremony and press conference were scheduled for Thursday. Salary details were not immediately revealed.

Born in Guinea Bissau, the 18-year-old Fati has been in Barcelona’s youth squads since 2012.

He debuted with the first team in 2019 as a 16-year-old and eventually became the youngest scorer for Barcelona and for Spain’s national team.

He is one of Barcelona’s most promising stars and has been wearing the No. 10 jersey left by Lionel Messi after the Argentina great left for Paris Saint-Germain this season.

Fati has 15 goals in 47 matches with the Catalan club. He returned to action last month after being sidelined for nearly 10 months because of a knee injury. He has scored twice in five appearances since then.

He came off the bench in the team’s victory over Dynamo, which was key to keep alive Barcelona’s chances of advancing to the knockout stage of the European competition.

Barca squanders lead in 3-3 draw before Xavi takes over

Xavi Hernández to return to Barcelona as its new coach

United wins in chaos; Bayern, Juve, Chelsea do it easy