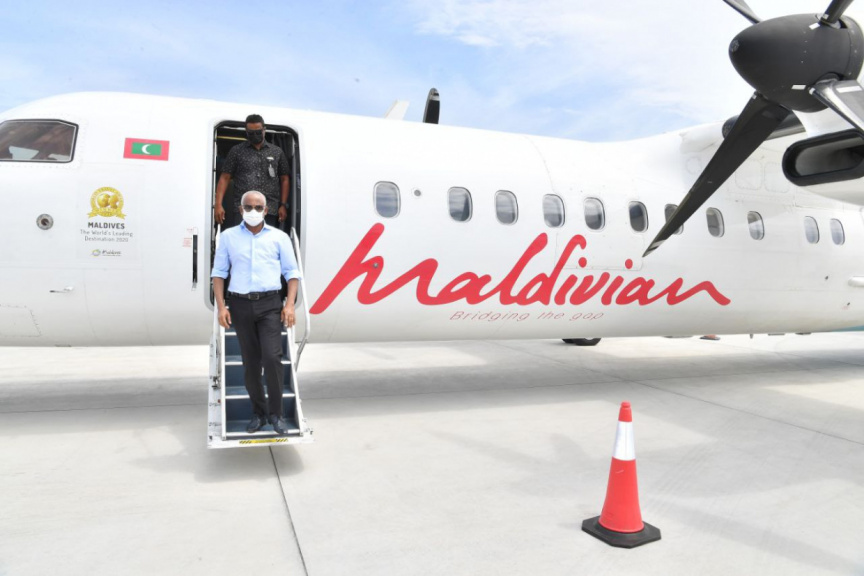 As part of the series of visits to inhabited islands in the Maldives – President Ibrahim Mohamed Solih is set to depart on a tour of Alifu Alifu Atoll tomorrow.

Spokesperson of the President’s Office Mabrook Azeez said that President Solih will be visiting a total of six islands as part of this tour – within a span of two days.

Mabrook said that President Solih will be inspecting the progress of government projects which are presently underway at those islands.

“Will inspect the progress of the projects underway. Will also mark the conclusion of some projects,” he had said.

The last atolls President Solih had toured were Shaviyani and Raa Atoll.