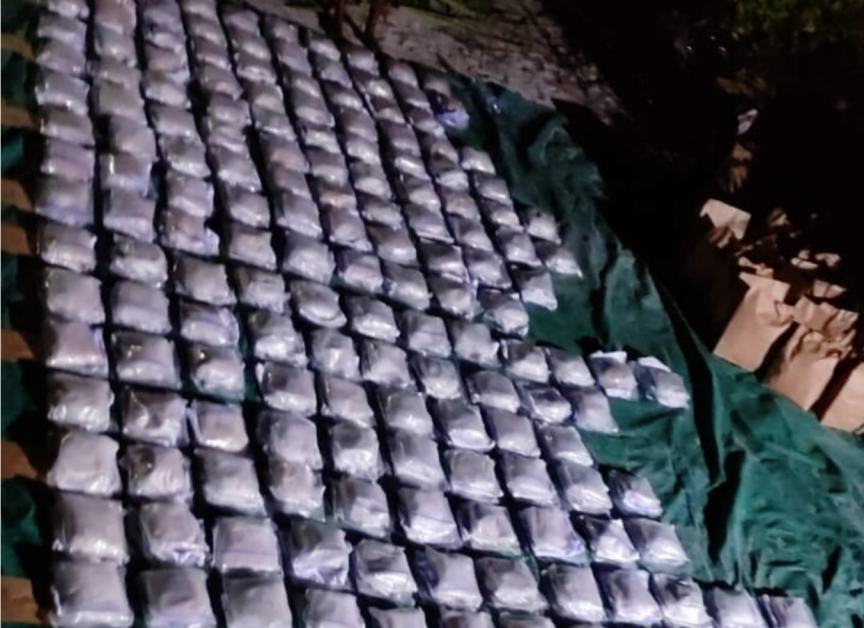 215 kilos of drugs seized by the Police in counter-narcotics operation. (Photo/CP Hameed)

The two individuals who were arrested with 215 kilos of heroin in a counter-narcotics operation carried out last Friday – have been remanded in police custody for 15 days.

The two of them were arrested in a counter-narcotics operation that had commenced on last Wednesday – which is a collaborative effort of the Drug Enforcement Department, Marine Police, Forensics Department, Raa Atoll Police Station and Police Intelligence.

Police said that when the two were presented before R. Maduvvari Magistrate Court for their remand hearings on Saturday – both of them were remanded in custody for 15 days.

This was the second successful counter-narcotic operation conducted last week.

On Wednesday, Police had seized approximately 100 kilograms of heroin and arrested 10 suspects in a counter-drug trafficking operation – which saw the search of 10 locations in 24-hours.

Out of the 10 individuals arrested in this operation – two have been released by the court. Police stressed that two who were released by the court are those they suspect to be leaders of the ring. Therefore, they have requested the Prosecutor General’s Office to appeal the court’s decision.