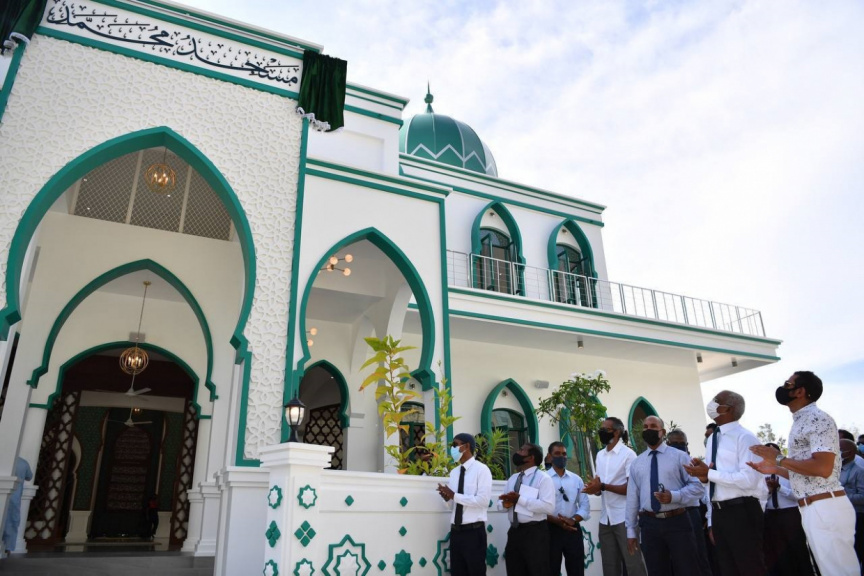 The mosque was inaugurated at a special ceremony on Thursday afternoon.

Masjid Muhammad, a charitable donation, can cater up to 760 worshippers at a time, with a separate space for female worshippers.

The President performed Asr prayers at Masjid Muhammad shortly after the official opening of the mosque.