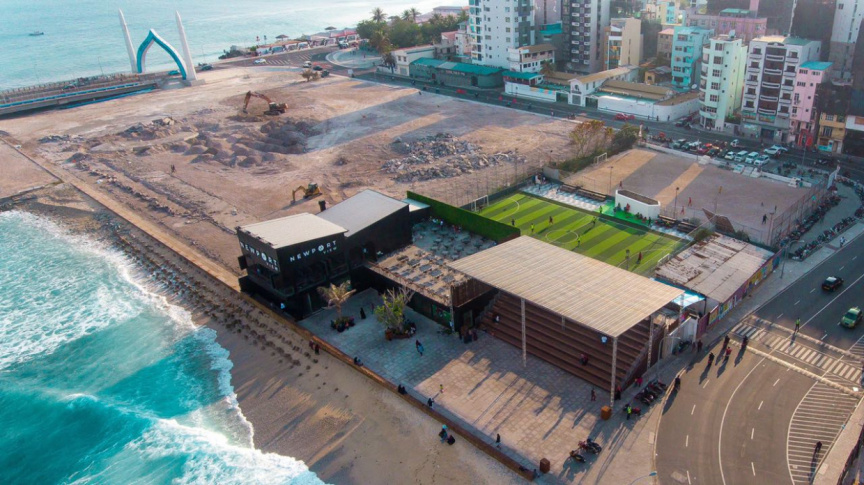 During former President Yameen Abdul Gayyoom’s administration – an agreement was made between the Housing Ministry and Strada to develop a bridge viewing platform, a food outlet, and a parking area at Lonuziyaaraiy Kolhu.

Strada had failed to make the rent payment and subsequent fine payments under the ‘Agreement on the development of a bridge viewing platform’ which was signed on September 22, 2016 – following which the current administration had nullified the agreement.

In this regard, on March 7, 2019, Planning Ministry had sent a notice to Strada – informing them to vacate the premises allotted to them under the agreement for the development of a bridge viewing platform within one months’ period, and handover to the State. However, Strada had failed to act accordingly.

Subsequently, the State had filed a case against Strada with the Civil Court. Following their review of the case, on February 27, 2019, Civil Court ruled against Strada – stating that they were not entitled to use the land allotted under the agreement after the date on which it was nullified. Noting that Strada had used the land even after the agreement was nullified – Civil Court ordered them to pay the State the rent and fine payments incurred until the date in which the premise is vacated and handed over to the State.

The judgment noted that as of February 7, 2019, Strada owed a total of MVR 1,149,271 to the State – which is inclusive of the non-paid rent, fines and compensation.