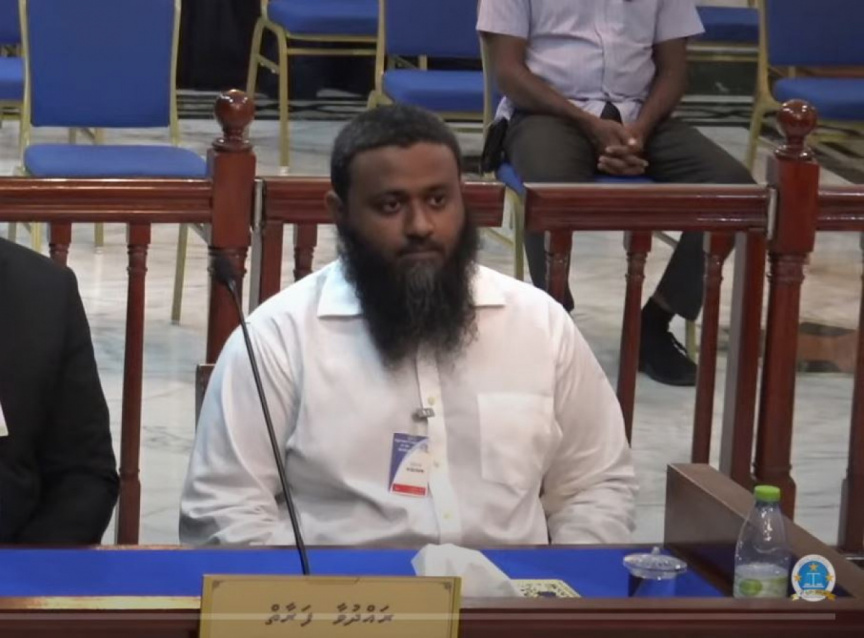 The Criminal Court, on Sunday, ordered for Mohamed Ameen, Kariyya Villa, Maadhandu, Fuvahmulah City – the man police believe to be the leader of the Maldivian faction of the international terror network Islamic State – to be detained for a period of 30 days.

The order comes after the Prosecutor General’s Office filed a motion for his rearrest last week, after the Supreme Court overturned the decision of the High Court to dismiss the terror charges against him.

Ameen had been remanded in jail pending the outcome of his trial at the Criminal Court before he successfully appealed the case against him with the High Court. He was released after the court dismissed the charges against him in September.

He was arrested from neighboring Sri Lanka and brought to Maldives in 2012 but released by the court after two months of detainment.

He was rearrested in 2019 – under suspicion of spreading radical extremist ideologies and recruiting and dispatching people for jihad in other countries. He was charged with membership at a terrorist organization and conspiracy to carry out an act of terrorism.

He is the first person to be arrested and charged under the new revisions to the Counter-Terrorism Act.