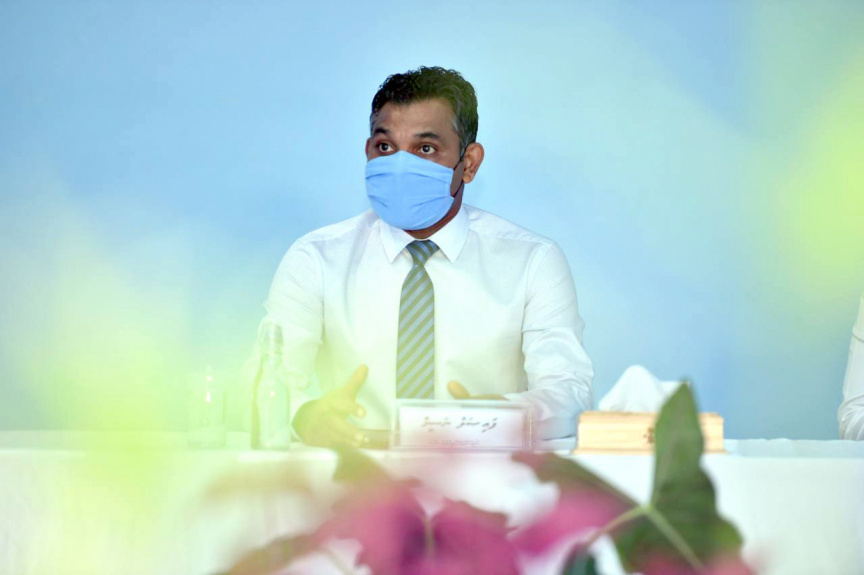 Following the deterioration of his health, Vice President Faisal Naseem had been admitted at Dharumavantha Hospital.

The President’s Office’s Spokesperson Mabrook Azeez told Sun that the Vice President was admitted sometime yesterday. Noting that his condition was not too serious – Mabrook said that he was hospitalized for not being in his best health.

Mabrook also added that the admission was not COVID-19 related.

Vice President Faisal Naseem has been hospitalized due to health complications on several occasions prior to this as well.

He was last hospitalized in this year’s February – due to high fever.