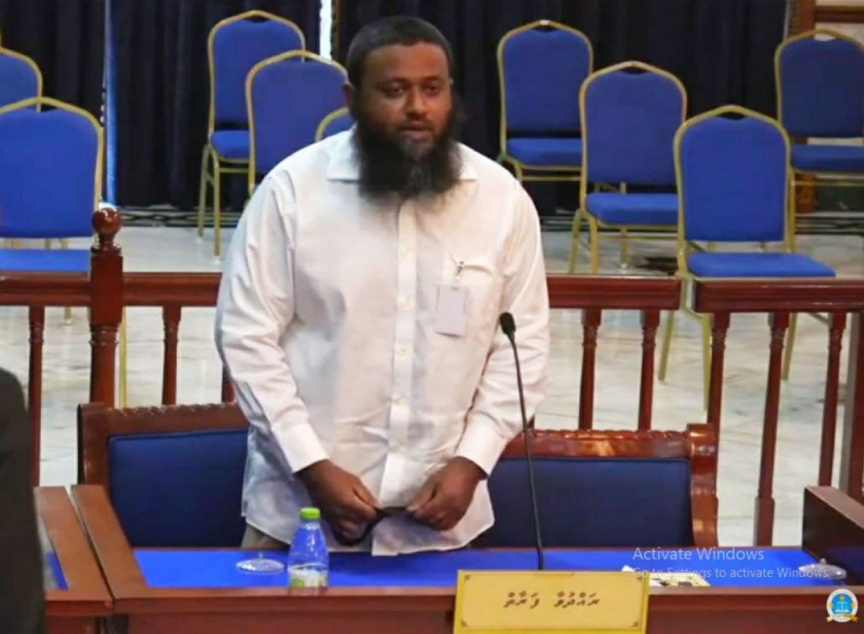 Terror suspect Mohamed Ameen speaks at a hearing held on September 29, 2021, at the Supreme Court.

Following Supreme Court’s ruling to overturn High Court’s decision to dismiss the terrorism charges raised against Mohamed Ameen, Kariyya Villa, Maadhandu, Fuvahmulah City, and the order of his release from custody – the Prosecutor General’s Office (PGO) has requested the Criminal Court to issue a warrant for his rearrest.

In their appeal, the State said that charges were filed within the 45-day period prescribed in the Anti-Terrorism Act.

On Sunday, the three-judge bench presiding over the case in Supreme Court had unanimously agreed to overturn High Court’s decision.

The judges of Supreme Court however said that although a terror suspect may be detained under the Criminal Procedure Code – the Anti-Terrorism Act will apply to them in their prosecution, thus allowing charges to be filed within the time period prescribed in the Act.

An official from PGO told Sun that in the light of the Supreme Court’s ruling – they have requested the Criminal Court to issue an arrest warrant against Ameen.