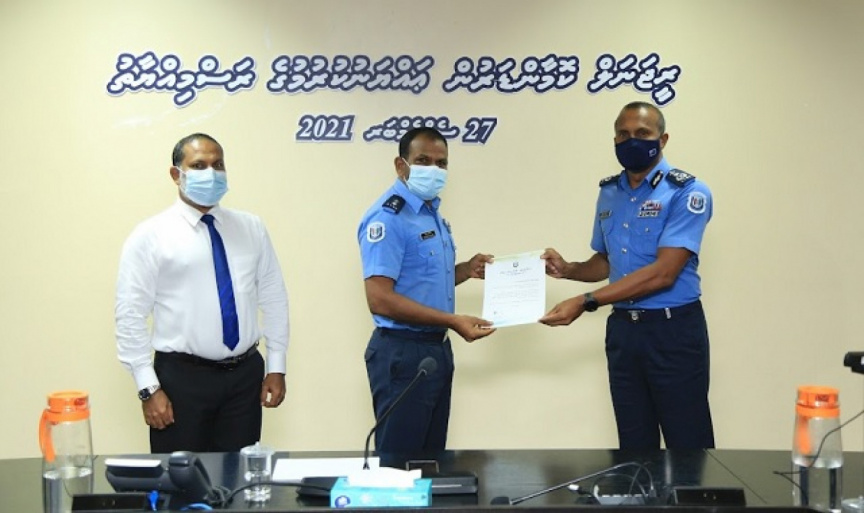 As part of the efforts to decentralize the Maldives Police Service – commanders have been appointed to five regional police divisions.

The appointment letters to the regional commanders were presented by the Commissioner of Police Mohamed Hameed – during a special ceremony held at Iskandar Building yesterday.

The ceremony was also guested by Home Minister Imran Abdulla, Deputy Commissioners of Police Abdul Mannan Yoosuf and Ali Rasheed, in addition to other executive officers on the force.

Under Article 6 of the new Police Service Act, for the administration of policing services under a decentralized system of governance – the Maldives Police Service has been divided into six divisions by the Home Minister, following consultations with the Commissioner of Police.

In addition to the five regional divisions commanders had been appointed to yesterday – the remaining and the sixth division is the Capital Police Division comprising of Male’, Hulhumale’, Villimale’, Thilafushi and Gulhifalhu.