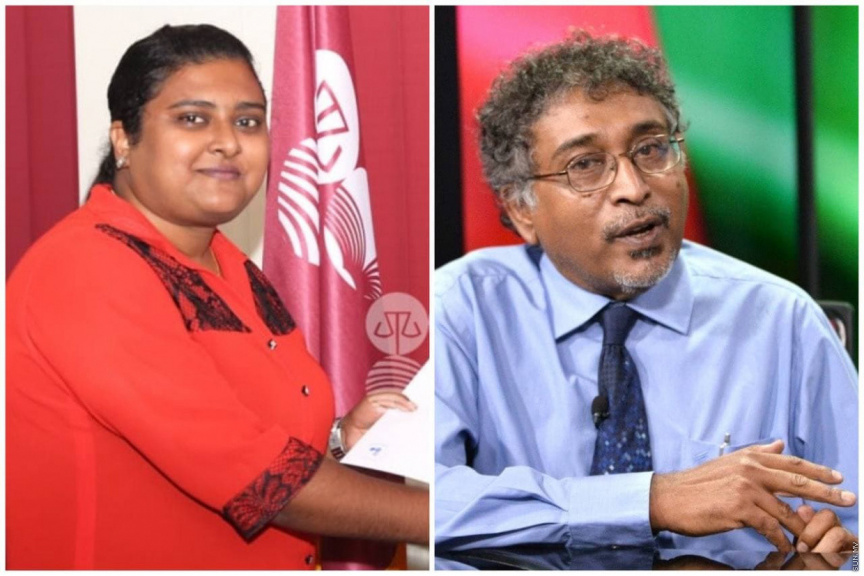 He was charged with money laundering in February 2020 for failure to notify authorities of millions in suspicious transactions between Maldives Marketing and Public Relations Corporation (MMPRC) and SOF Private Limited – the company that played a key role in laundering money embezzled from MMPRC.

Fazna had been on the defense team which arrived at Criminal Court for a hearing in the trial on Tuesday morning.

The public prosecutor raised the issue as soon as the hearing began.

The prosecutor said that Fazna had served as Assistant Prosecutor General from April 10, 2016 to August 8, 2018.

“Our objection is that a lawyer cannot be appointed in a case which was submitted to or discussed by an institution before she left said institution,” he said.

The prosecutor said that the Prosecutor General’s Office had engaged in discussions with other state institutions regarding the case against Athif Shakoor since November 14, 2017 – when Fazna had been serving as Assistant Prosecutor General.

“The State therefore believes she cannot be hired as a defense lawyer in this case,” he said.

The prosecutor countered that the case had been under investigation by the Anti-Corruption Commission (ACC) long before that, and that the investigation was completed in collaboration with other institutions this year.

The defense asked the prosecution to submit documents proving Fazna had been working for the Prosecutor General’s Office during the period in question, and said they will provide a response after that.

The State asked the court to grant time to submit the documents.

The court announced the next hearing will be held after five days to submit the documents in question.

'Better to raise taxes such as GST as a last resort'

"Was shackled as FIU head, can finally speak now"