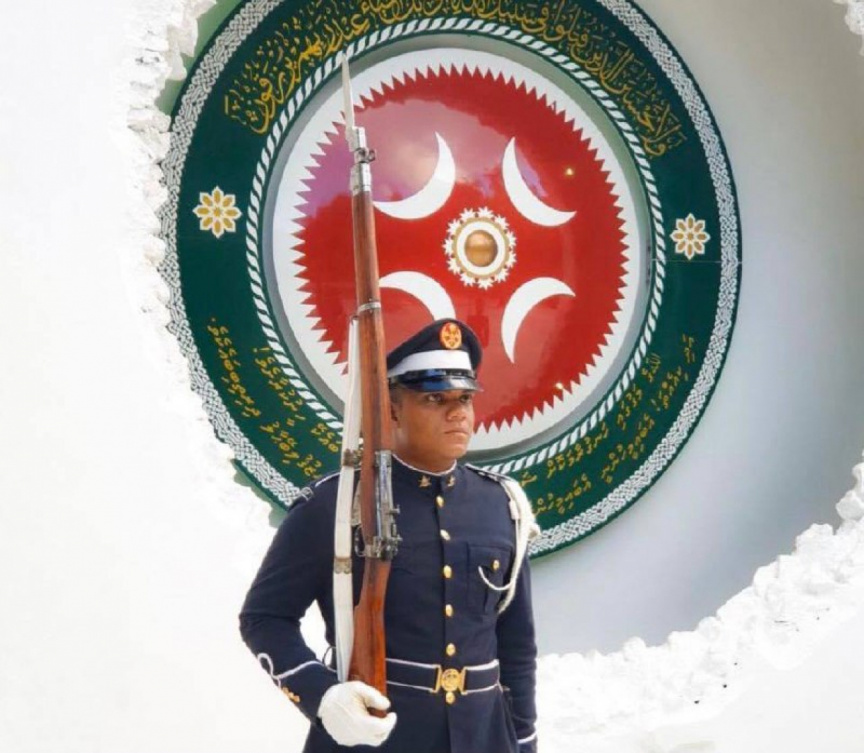 MNDF's Lance Corporal Mohamed Sultan, 22, Rosemead, AA. Himandhoo, who had passed away whilst undergoing training at the National Defense Academy in Pune, India on September 25, 2021.

It has been decided that an autopsy will be performed on the Maldives National Defense Force (MNDF) officer who had passed away yesterday during a training exercise in neighboring India for the purpose of determining the exact cause of death.

Lance Corporal Mohamed Sultan, 22, Rosemead, AA. Himandhoo, was taking part in the 145th Officer Cadet Training Course at the National Defense Academy (NDA) in Pune, India, at the time of his death.

Sultan reportedly collapsed whilst completing an endurance run at Camp Greenhorn on Saturday afternoon. He was taken to the hospital in emergency at approximately 13:58pm – but was already deceased then.

In a statement released by NDA following his death – they stated that immediate medical attention was given to Sultan from the moment he had collapsed. Additionally, they noted that the Court of Inquiry has been asked to further investigate Sultan’s death – noting that it has also been decided that an autopsy would be performed on his body to determine the exact cause of death.

They further detailed that upon the completion of the aforesaid matters – arrangements will be made to transport Sultan’s body to Maldives with assistance from the Embassy of Maldives in India.

The training program he was taking part in at the time of his death, began on March 1 this year, and was scheduled to conclude on March 15, 2024.

Prior to traveling to India to undergo this program, Sultan was serving at the Integrated Headquarters (J-1). He was promoted to the rank of Lance Corporal while undergoing training in India.