Dortmund slumps to defeat at Gladbach without Haaland, Reus 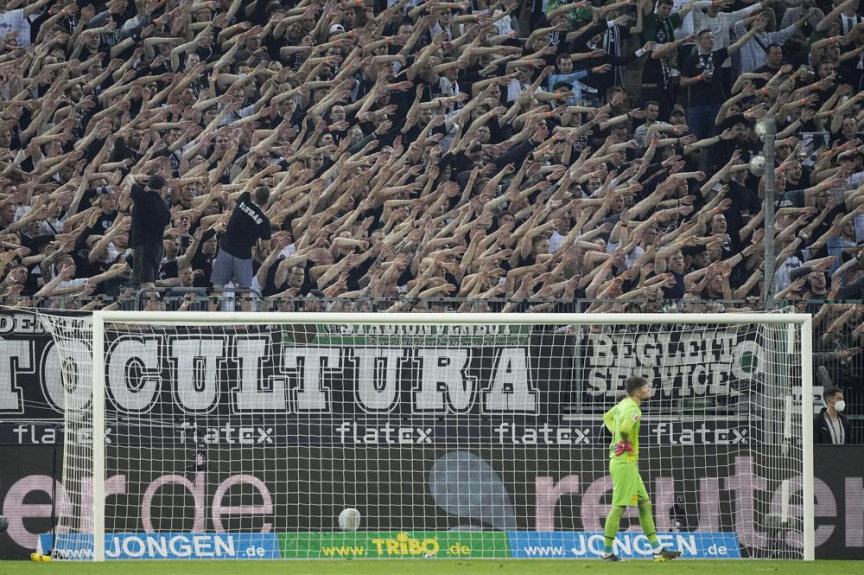 Dortmund was without top-scoring forward Haaland due to what it said were “muscular problems” and captain Reus because of a knee injury. Haaland was directly involved in 11 goals from Dortmund’s first five Bundesliga games, while Reus set up four and scored one.

The visitors found they couldn’t be replaced, though Mahmoud Dahoud’s first-half sending off also hampered efforts at a comeback.

“Many, many others were missing, too,” Dortmund captain Mats Hummels said. “You could tell that we were lacking that cutting edge. Without Julian (Brandt), Without Gio (Reyna).”

Gladbach fans provided a heated atmosphere for Rose on his first return to the club since his acrimonious switch between the teams. They displayed a banner accusing their former hero of having feigned his identification with the club and making “false promises.”

It was clear from the beginning that not only three points were at stake, with a flare-up inside the first minute between former Dortmund player Jonas Hofmann and Jude Bellingham.

The first half was a hard-fought battle with few chances at either end, and a fortunate goal for Zakaria.

Raphaël Guerreiro could only half-clear Lars Stindl’s cross, and Zakaria profited from a kind deflection off Bellingham before he fired past Swiss compatriot Gregor Kobel in the Dortmund goal.

It got worse for Dortmund three minutes later when Dahoud caught American defender Joe Scally with a late challenge and was shown a second yellow card for his reaction when referee Deniz Aytekin blew for the foul.

“For me it was about a lack of respect,” Aytekin said.

Kobel kept Gladbach at bay in the second half, though Thorgan Hazard almost claimed a late equalizer when he headed over in injury time.

LEIPZIG COMES THROUGH FOR MARSCH

American coach Jesse Marsch wasn’t worried when Leipzig lost three and won only one of its opening five Bundesliga games. Marsch said it was just a matter of time before the results followed.

That wait ended Saturday when Leipzig humiliated Hertha Berlin 6-0 to finally relieve the pressure after starting the season against several tough rivals. Marsch’s team lost against Mainz, Wolfsburg and Bayern Munich in the league, before it was humbled in a 6-3 loss at Manchester City in the Champions League.

“I always believed in the team and stayed optimistic,” Marsch said. “But it’s easy to stay optimistic when you have so much quality in the team. It wasn’t an optimal start to the season but we simply kept working. We’re not yet done, but today we showed how well we can play.”

Christopher Nkunku chipped the ball over the Hertha goalkeeper in the 16th minute, then set up Yussuf Poulsen for Leipzig’s second in the 23rd. Lukas Klostermann had a goal ruled out as Leipzig racked up nine efforts to the visitors’ one before Nordi Mukiele made it 3-0 in first-half injury time.

There was no letup for Hertha as Emil Forsberg converted a penalty on the hour mark, and Nkunku scored from a free kick in the 70th. Amadou Haidara completed the rout seven minutes later.

The win will have reduced the pressure on Marsch and dumped it on Hertha counterpart Pál Dárdai, who has already faced criticism from within his club this season.

Florian Wirtz’ second-half strike was enough for Bayer Leverkusen to beat Mainz 1-0. It also ensured that Wirtz became the youngest player — at 18 years, 145 days — to reach 10 goals in the Bundesliga. He takes the record from Lukas Podolski, who had reached 10 goals for Cologne at 18 years, 363 days, on May 22, 2004.

Cologne drew at Eintracht Frankfurt 1-1 in a game marred by injuries, Hoffenheim came from behind to defeat Wolfsburg 3-1 for the visitors’ first defeat, and Kevin Behrens scored in the 88th to give Union Berlin a late 1-0 win over Arminia Bielefeld.

Union beats Leipzig 2-1 to climb to 4th in Bundesliga