Nasheed: MDP will make its decisions with the ballot box 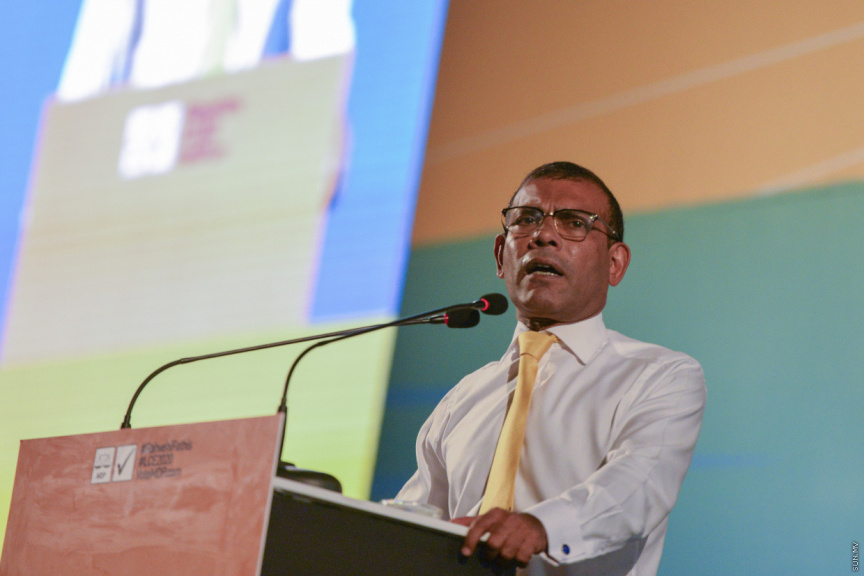 MDP leader, former President Mohamed Nasheed said on Saturday that MDP will make its decisions with a vote in accordance with the principles of democracy, as the main ruling party opened polls for the national council elections.

“Today is the day we will once again secure a proud accomplishment in nation-building,” said Nasheed, who also serves as Parliament Speaker, in a tweet on Saturday afternoon.

Nasheed said that inclusivity and making decisions with a vote has always been MDP’s top goal.

“Everyone’s participation and making decisions with the ballot box is MDP’s most important goal. Much congratulations,” he said.

MDP’s biggest internal elections comes with its leader in the United Kingdom, recovering from injuries he sustained in an assassination attempt in Male’ in May.

The national council elections was originally scheduled for May 29, but was postponed in light of the attack.

735 candidates are contending for seats in the MDP national council, 165 of whom ran unopposed, and whom MDP confirmed earlier this September have been automatically elected to seats.

Those who were automatically elected includes those who ran for presidency and vice presidency of districts.

MDP has kept 300 ballot boxes for the elections – which is being managed by 900 electoral officials.

'Parties must work together to revise constitution'